In the second part of this series, photographer David Yarrow shares the stories behind 10 of his stand-out images.

If proof was ever needed that photography can be a fine art, look no further than David Yarrow. Each one of his photos displays an unfathomable level of detail, expertly captured with intense care and preparation. His images hold both an indisputable authority and an unparalleled elegance. His favour towards monochrome and his impeccable manipulation of light draws the viewer in, captivating their eye and never letting go.

In the second part of this series, David gives us an exclusive insight into the trials and tribulations behind 10 of his stand-out images; the logistical challenges, determination, technical skill and overall visionary process behind each masterpiece. 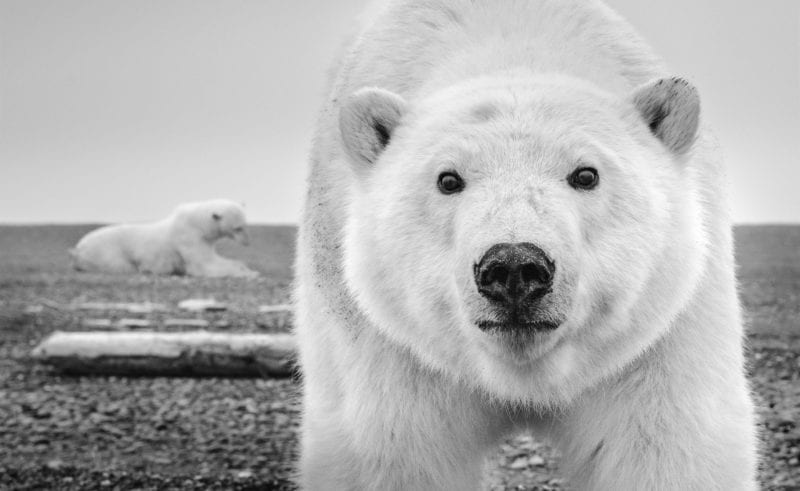 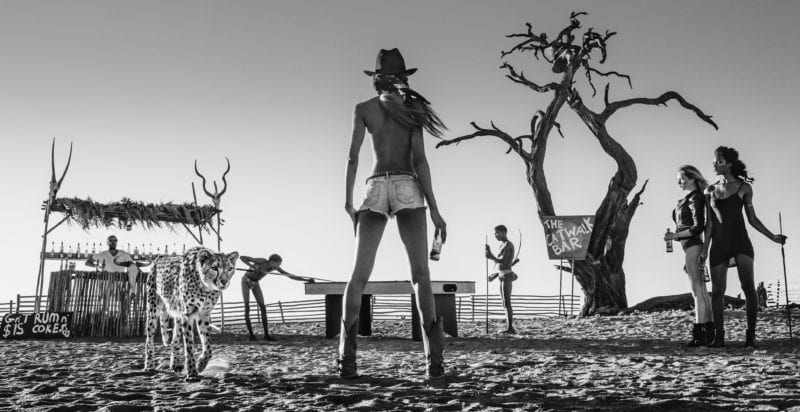 “On one unforgettable August evening in the North Slope of Alaska, I was offered a spectacularly close encounter with a group of polar bears. After two hours of trawling the land strip one evening, the big moment arrived and on reflection I did the very best I could do given the special scene that unfolded in front of me.

“This image was run in the British press a few days after my encounter on Barter Island. It is something of a platitude to say that the bigger an image is printed, the greater the detail, but on this occasion it is very pertinent for two reasons. Firstly, a polar bear is a huge animal. If possible, any portrait should reflect this. Secondly, the bear is pin sharp around its eyes. I think that I must have been as close to a polar bear as is possible in the wild and lived to tell the tale. I was also using Nikon’s flagship 58mm lens, which captures every hair at the assigned focal point. When the first large print of the image came off the drum in LA, one of the team turned to me and said, ‘David, look at the eyes – you are in them!’. He was right; I had inadvertently taken a selfie through the eyes of a polar bear.”

“One of my favourite art quotes is from the legendary American photographer Diane Arbus: ‘A photograph is a secret about a secret. The more it tells you, the less you know.’ I was due a little self-indulgence last summer after my trip to North Korea and so several months before we started to plan a staged shoot in the vast wilderness of the Namib Desert, surely one of the most visually intoxicating locations in the world. My concept was to build a fully-stocked bar in the desert and then to fill it with a hotchpotch of disconnected characters. Mad Max was set to meet Burning Man. The composition had to be painterly and perfectly backlit – and perfect lighting in the desert is no easy task.

“I knew enough fixers and friends in Namibia for the project to gain momentum. In particular, I had worked before with Namibia’s leading conservationists, Rudie and Marlice van Vuuren – their N/a’an ku sê Sanctuary outside Windhoek is world renowned and they are something of a golden couple in this vast but sparsely populated country. Marlice was happy to collaborate on the project and bring two of her cheetahs down to the Namib.

“An intricate image started to emerge in my head – one that was disorderly and full of visual double takes. I think that the end result, despite the intended visual chaos, has that painterly composition that I was striving for.” 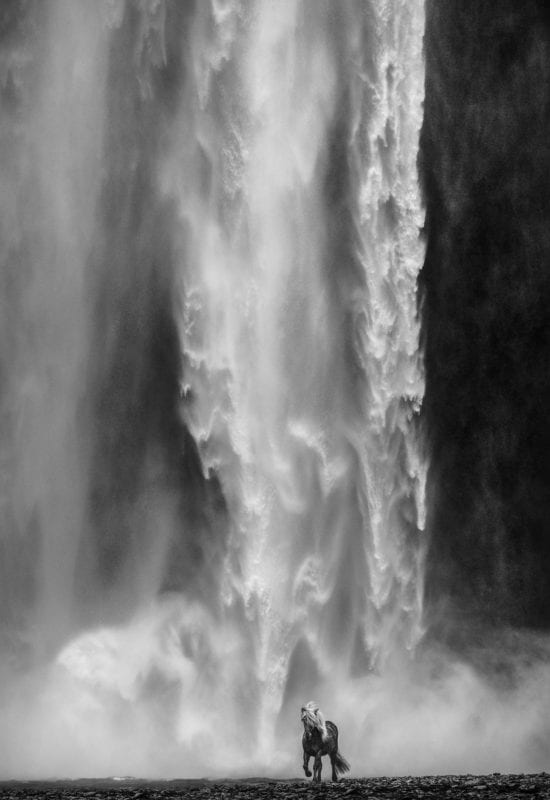 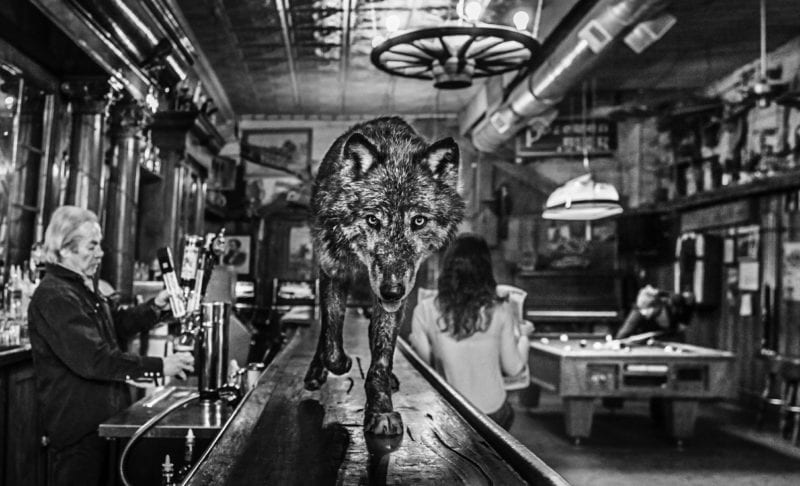 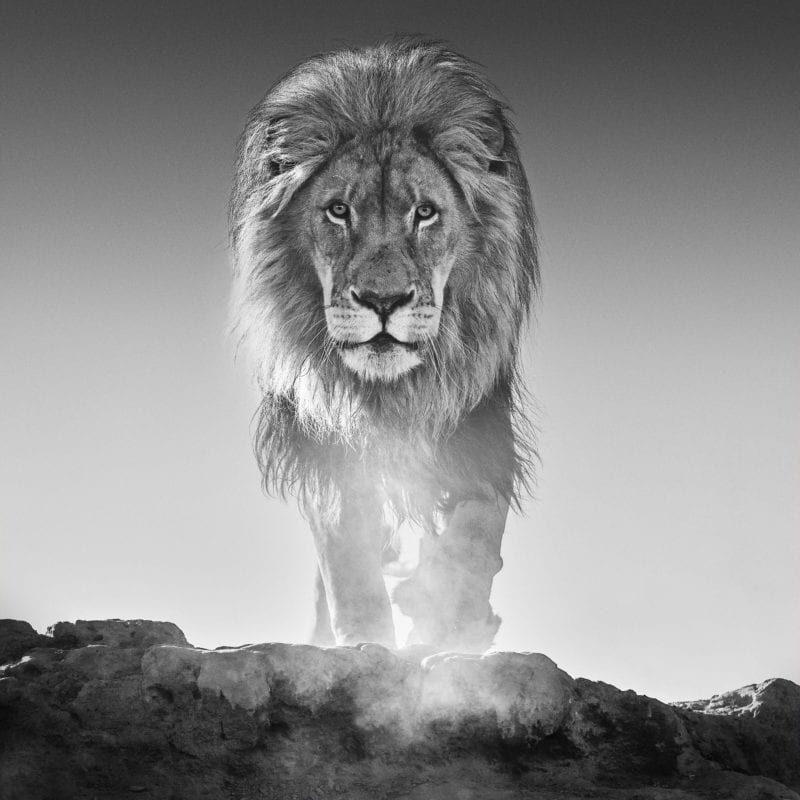 “This is as good as I can do. The best ideas tend to be simple and the best photographs can often have simplicity at their heart, rather than intimacy or visual overload. The paradox is that this simple portrait was the product of fairly complex working arrangements in the field.

“Unlike many of my lion shots, this was not taken with remote controls, it was camera in hand. I was in a two-man cage, with my assistant behind me controlling the door with a rope. In my view, the best time to photograph lions is about half an hour after sunrise. The light gets stronger by the minute and this allows for a faster shutter speed or more depth of field. The face of the lion could not be sharper – every detail is there and he is looking right into my eyes. The image is timeless and the backlit dust adds to its elemental and rather biblical mood. I thought that we should call it The Old Testament. The image was taken with the help of Kevin Richardson – The Lion Whisperer – who does more to raise awareness for the plight of the lion than anyone I know.”

“Sometimes the most engaging pictures happen with no real forward planning, but rather a spontaneous reaction to a fresh canvas that just presents itself. This staged shot in a ghost town in Montana was one such occasion. We’d finished filming on a cold January morning and retreated to warm up; our refuge met every preconception of what a timeless wild west American inn should look like.

“My cameras were packed away, but I saw an opportunity. There was just enough light in the room to work an image that told a story of tough folk living at the last frontier. I asked the bar owner, Rosie, if he had a problem with us bringing a wolf into the deserted bar. Not a normal request perhaps, but he welcomed the idea, only asking what the wolf liked to drink.

“The central premise of the shot was that I wanted everyone to behave as if a wolf in a bar was the most normal occurrence, they should act with total indifference. The difficulty was that as I had so little light to play with, my depth of focus would be measured in centimetres. The focus had to be the wolf’s eyes and everything else would just be a sketch that added context rather than detail. It was also clear that the wolf had to be higher than me or at least at my eye level and this required using the bar itself as his cat walk. Things were now getting a little out of hand, but Rosie – who is now a good friend – was loving the unexpected course of his morning. We placed some chicken fillets around my neck and the wolf moved with some sense of excitement towards me and my Nikon. The first effort didn’t work – the margin for error in my camerawork was so limited, but after several attempts, I nailed it. Everyone played their part – including the chicken hungry wolf.”

“Iceland is so raw, so geologically angry and so unique that a visiting artist is truly tested to do it justice. I’ve been fortunate enough to visit Skogafoss waterfall many times and I’m in no doubt that it offers the best opportunity for a creative narrative of any of Iceland’s numerous waterfalls. It may not be the widest, or most thunderous, but the immediate foreground is the most easily accessible, and from the riverbed below, the visual is dramatic and clean. This is Game of Thrones country and from the right angle it is perhaps the finest backdrop I know in Europe.

“An issue with filming in Iceland is that while permits are easy to obtain, exclusivity is not. Waterfalls such as Skogafoss will not normally be closed off to the public if filming is taking place; the only time to have exclusivity is before the tourists arrive, normally from 8am onwards. But in the early morning the waterfall is always in shadow and often a good two stops of exposure darker than the open areas 200 yards away. On this occasion, we were able to work longer into the morning as the high winds had prevented many tourists from taking day-trips from Reykjavik. Nevertheless, it was still fairly dark, so I knew my depth of field would be marginal, but as long as the subject matter is sharp, I think this actually helps the image.

“I don’t think I’ve ever taken a picture before in which the subject is less than one per cent of the image and yet everyone’s eye is immediately grabbed by that one point. That was always my intention. I have had this image in my mind for a few years. I could just never get a beautiful horse in the right position at the right time.” 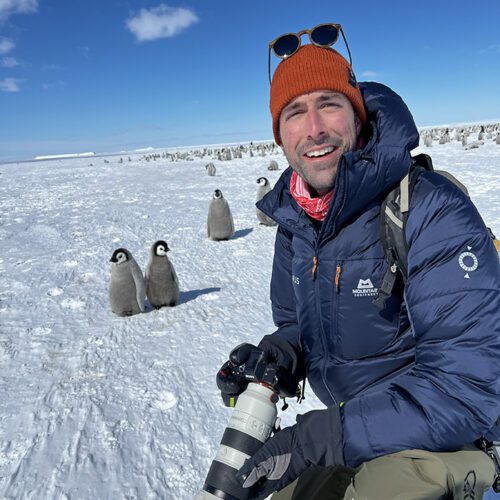 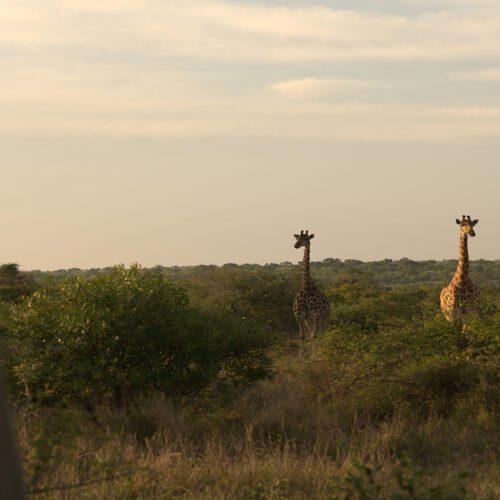 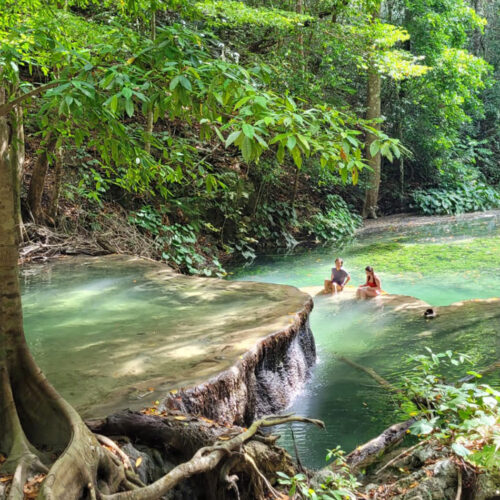 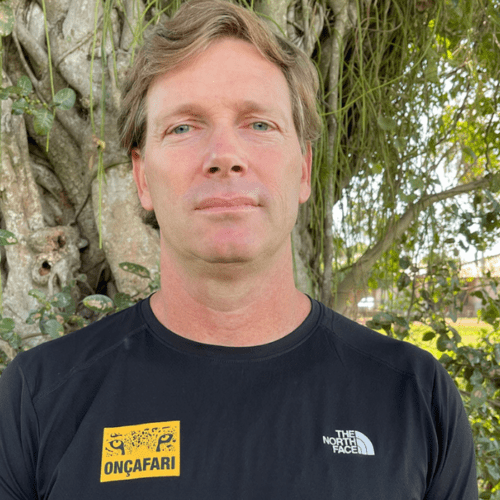