David Yarrow: An Eye for Detail

In this two-part interview, photographer David Yarrow shares the stories behind 10 of his stand-out images.

There is an extraordinary level of depth to every David Yarrow photograph. Not only are the images captivating, but each also holds a story of incredible persistence, knowledge, and creativity – you can’t leave anything to chance when working in truly remote and inhospitable regions, especially when attempting to capture the world’s most dangerous and unpredictable animals with a level of intimacy that requires the camera being just a few feet from the subject. Extraordinary images demand an extraordinary amount of planning.

Few people have the skill and ability to pull this all together with an authority that demonstrates that photography is a fine art – it’s why a David Yarrow is so instantly recognisable as a David Yarrow. In this two-part series, David shares the stories behind 10 of his stand-out images: the highs; the lows; the dangers; and the perseverance needed to get the final result.

“Over the years, I have spent many days working close to grizzlies in Alaska and this is surely my most visually arresting photograph. The intimacy is courtesy of a well-positioned camera and a 28mm wide-angle lens. The bear was big, primeval, and menacing, and in this instant, just two feet from the camera.

“Moraine Creek is not an easy destination to get to for first light, but that was our preferred schedule. We were on-site just after dawn and the remote camera was positioned after studying the fishing pattern of the big male bear. I prefer to photograph against the light, but at 7 am this is a risky strategy as shooting directly into the sun can jeopardise an otherwise strong image. The route of the river meant that there were no other options at this time.

“I was begging the bear to come to the camera and he did exactly that – with a head held high and a face full of energy. I knew that if my maths was right, I had a big image.”

“The shipbreaking yards of Chittagong, Bangladesh offer a mystical allure that is incongruous. There may be romance in the art of building big ships, but there is little for the romanticist in the primitive dismantling of these vast cathedrals in the sky on these muddy shores to the north of the country’s second city.

“The window in which photographers can paint onto this canvas is rapidly closing and therein lies the reason that I was anxious to travel down to Chittagong in 2015. The yards are being tidied up, with less child labour, better safety standards, and a greater degree of worker rights. Furthermore, access for all visitors to the yards is now strictly prohibited and even workers are not allowed to take their phones to work for fear of new footage from the camera application further embarrassing either the government or the private yards.

“The road inland from the yards has heavy security and my preconception that bribery at the gates could work was misplaced. The only alternative was to land ashore quietly by fishing boat and then approach the factories by foot. This is a dangerous route that few photographers, according to Maajhi my appointed fisherman, have chosen. The tides are fast, the beaches are sinking mud, not sand and the workers on top of the vast tankers 500 feet above the sea will throw pipes and debris at you if you invade their space. It is as hostile as it can get without the use of guns.

“The next day, I left my room at 4.30 am to be with Maajhi before dawn. The security detail was light – it was too early for anyone to worry about photographers landing by sea, but the mud was horrendous and very unnerving. I had some fairly precious equipment in my hands as I staggered vulnerably through the mud.

“The result is a big moment. This image ‘Antz’ has not only a poetic evocation of size and scale, but the onshore detail of workers coalesces with the mighty tanker to offer that true sense of place which I was looking to capture. The gathering storm – it rained heavily half an hour later – was fortunate detail as was the accompanying early morning shaft of light. But it is the worker detail that lifts this photographic essay – the seemingly senior figure at the back enjoying an early morning smoke as the matchstick three walk towards him.” 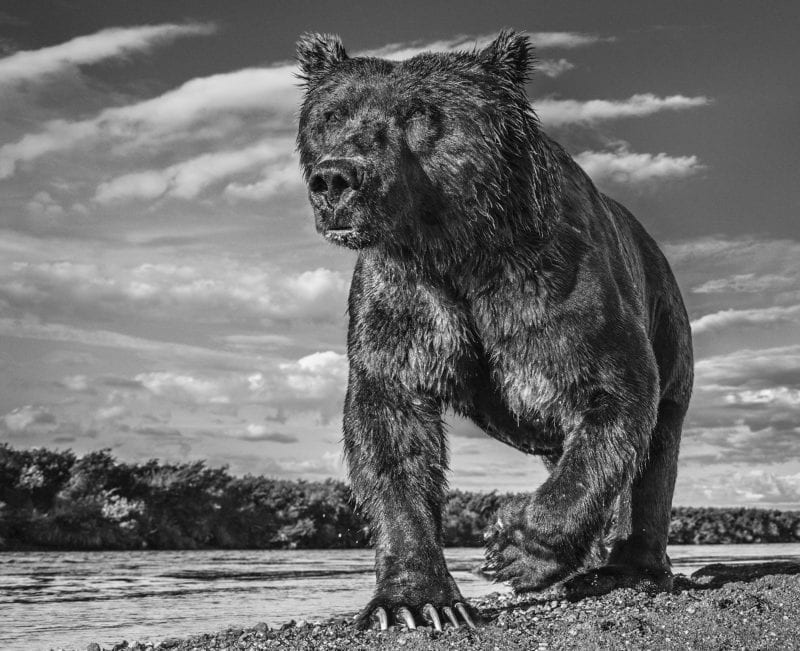 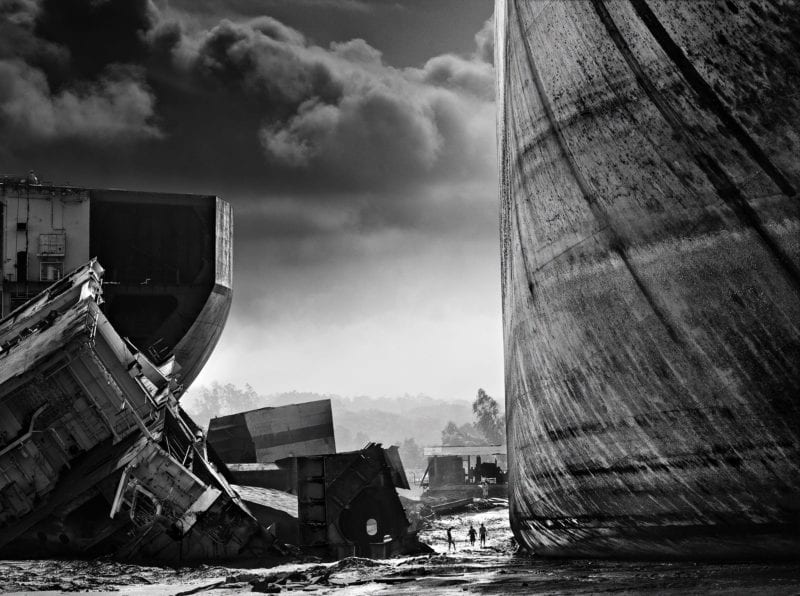 “I should start by saying that I have generally been disappointed by my own work with polar bears in Svalbard. This is a Giants’ Kingdom, and my images from previous trips had been too marginal to do either the giants or their kingdom justice.

“On this trip, however, I had some luck. There is no doubt in my mind that this photograph of a big male polar bear lends weight to the contention that wildlife photography does not need to be reportage – it can be art. The photograph is elevated by the negative space and the bear’s anonymity rather than weakened by it.

“Less is more in the Arctic – its beauty is in its simplicity and the enormity of the white detail. It is not a noisy place – in fact, it is characterised by the lack of noise. The image pays homage to that variable; it conveys a true sense of place. This is not a natural human habitat – it is in fact our final frontier.”

“In my view, the rawest place left on Earth is South Sudan. The logistics and regulatory red tape involved in travelling 200 miles north of its capital, Juba, to photograph a previously unfilmed Dinka cattle camp, were formidable.

“I had a preconception of the image that I wanted to return home with: something that conveyed the raw enormity of a Dinka cattle camp in an elemental and biblical setting, something timeless and vast.

“I was, indeed, the first photographer to visit this 5000-strong cattle camp, and I felt a responsibility to get it right. The Dinka were fascinated by my skin and my hair; indeed, many of the children had never seen a white man. They did not care about my cameras: cows are their passion.

“On that glorious evening, 28 December 2014, I did a good job and the two days on a shocking road followed by hours of walking in 42-degree heat and then wading through four feet of water known to house the odd Nile crocodile were worth it. No other filmmaker has managed to get to this location.

“In retrospect, I did one clever thing; I brought a ladder because I wanted to silhouette any key detail against the smoke, which the Dinka create to fend off mosquitos, rather than against the setting sun. The smoke gives a sense of place and an ethereal countenance. Mankind is heavenly on one glance and Dante’s Hell on the other.

“It was a long way to take a ladder, perhaps further than anyone has ever taken a ladder in Sudan. The Dinka looked at it as if it were a freak of engineering. What a good decision that ladder turned out to be.” 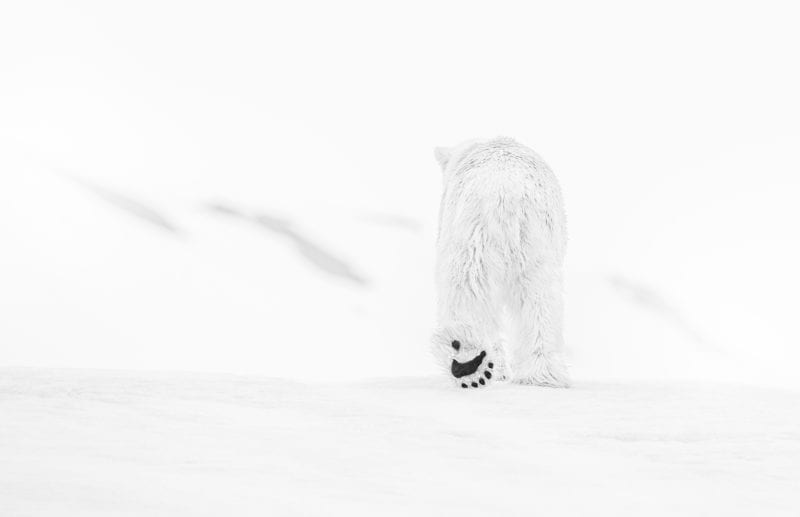 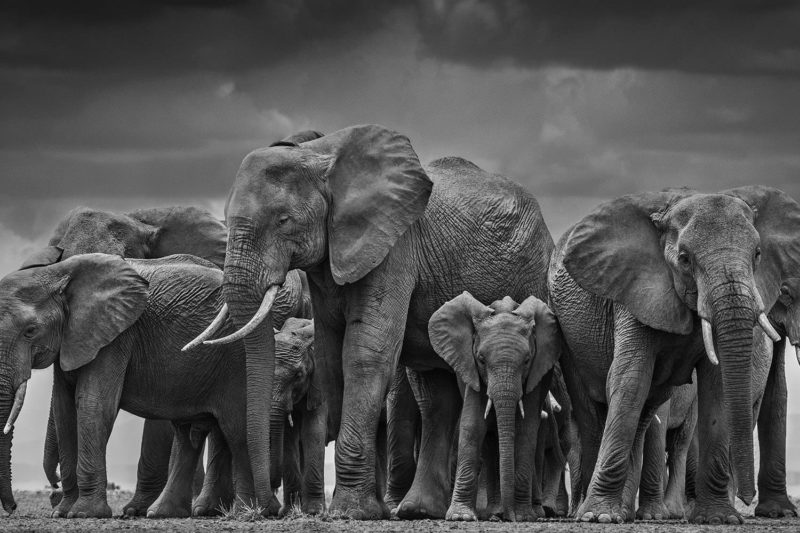 THE CIRCLE OF LIFE Amboseli, Kenya 2015

“I go to Amboseli for one principal purpose – to work close to elephants as they cross the dry lake in search of water in the park. When a big herd crosses, it is as serene a spectacle in the natural world as I have ever come across. That is why Amboseli holds such a special place in my heart. It offers the chance to capture evocative imagery of elephants in a barren and remote wilderness.

“Ten years ago, lake crossings of large herds were common, especially at the end of the summer dry season when the surface water was scarce and the elephants travelled from the Kilimanjaro foothills across the lake for the remaining sources of water. There is no greater friend to a wildlife photographer than repeat or predictable animal behaviour.

“But recently the elephant behaviour in Amboseli has been affected by the growing number of Masai moving to the area with their cattle. This has impinged on the elephants’ way of life as cattle come with human tenders and also attract more lions.

“For three years I had not seen a big herd cross the lake and my regular guide has started to greet me at the landing strip with eyes of resignation. He knows what I want and this means working out of the jeep, on the ground on the dry lake, with a big elephant herd approaching. Since 2013, I had not had the privilege of seeing this.

“Until, in October 2015, in the middle of the day, my ‘lookout’ scout saw something that had the shape of a big herd starting to cross the lake. They may have been five miles from his vantage point, but through his binoculars, his premise was confirmed; the herd numbered over 25 and was the biggest group the locals had seen for some time. Being outside normal filming time, I was sitting writing at my camp when the news came back to me. I was only wearing loafers and casual clothes but there was no time to change and I picked up my cameras and we drove the seven miles in record time.

“As we sped to the west side of the dry lake, I was emotionally focused but equally aware that the light was patchy, with the sky dominated by a localised rain cloud. I knew that this could complement any ground content perfectly: much better to have threatening clouds at midday than a high sun.

“Those 20 minutes I spent that Sunday with the herd were spectacular. One image, The Circle of Life, stood out and the reaction from people honed in on the image’s grace and serenity. The photograph has a very good chance of passing the test of time. The detail is pleasing and the composition is a gift that perhaps the hours of persistence deserved.” 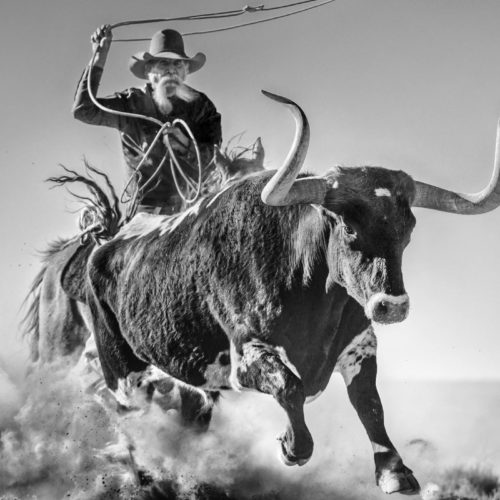 Articles
In Conversation With David Yarrow

Capturing both the animal and human world in compelling ways, David Yarrow, reinvents to remain relevant while on his search for the ‘ground truth’ in the worlds remote reaches – most recently, the American Wild West.

We engaged in an eye-opening interview with polar adventurer, Robert Swan, discussing Antarctica, intrepid expeditions, and the 2041 Foundation. 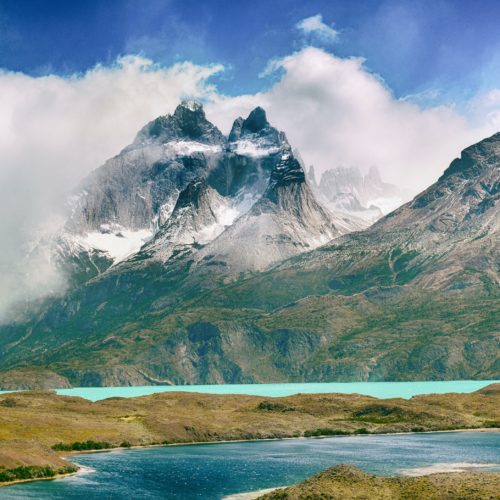 We sit down with Pelorus expert Charlie, to hear about his epic road trip adventure through Chilean Patagonia. 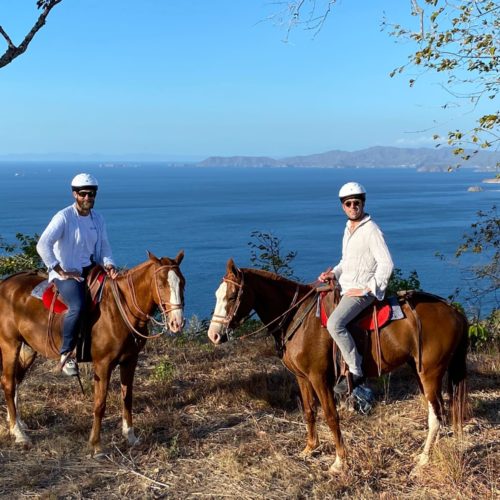 We caught up with Pelorus founders, following a trip into the Costa Rican jungle, to build on existing knowledge and explore new experiences.