“Portugal provides a chic surfer atmosphere where you are able to ride persistent Atlantic rollers, whilst enjoying world-class food surrounded by incredible history. It is a truly unique surfer experience to the rest of the world.”

Looking for a surfing adventure close to home? Portugal is home to a European surf scene which rivals that of Hawaii’s.

Whilst Portugal’s main draw may be the sumptuous seafood, blissful Mediterranean landscape and laid-back atmosphere, it is also famed for its wave breaks and surfer paradise. Recently experienced by our co-founder Geordie Mackay-Lewis, we are continuing to build on a wealth of personal expertise and an elaborate understanding of where and how to discover the best breaks, allowing us to introduce you to a world-class surf scene in a unique and totally luxurious way.

Whether you are a keen surfer or a total novice, Portugal can offer you persistent waves and a great blend of adventure and relaxation away from the water. Keep reading to find out more. 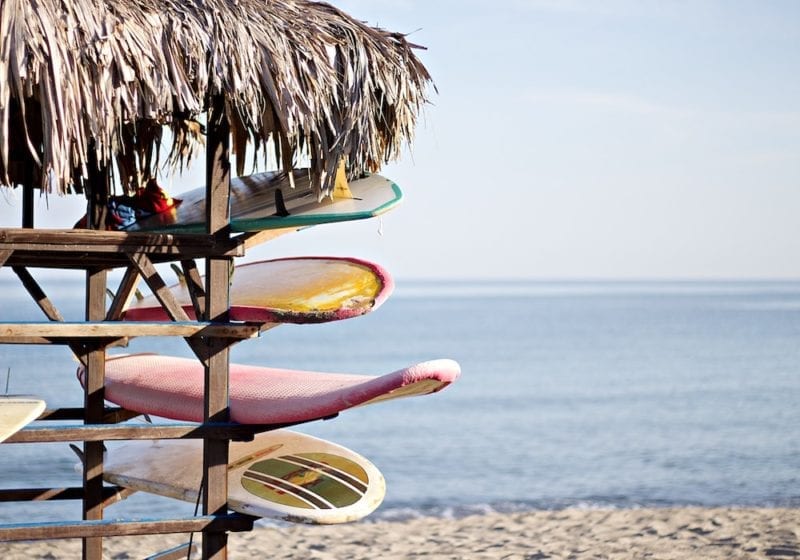 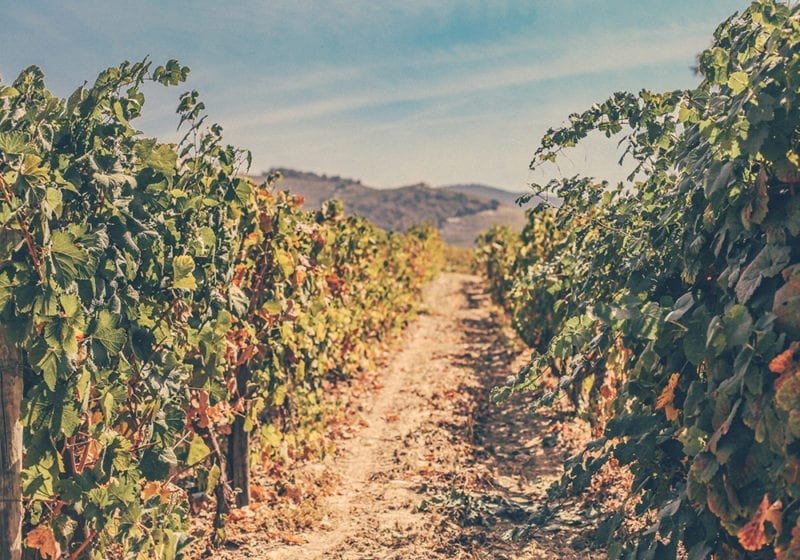 Geordie’s exploration of Portugal’s surf scene naturally began in Lisbon, through a myriad of cobbled, terracotta hued streets dressed in history as well as sumptuous scents produced by world-class chefs hidden away in rustic street-side restaurants. Not to mention the striking tiled façades; such variety of colour and design on the streets of the Portuguese capital is part of the city’s identity and provides a true work of art every corner you turn.

Steeped in history, a glamourous evening overlooking the city from the Four Seasons Hotel Ritz rooftop bar, followed by an elegant stay at the boutique Pousada de Lisboa, gave Geordie plenty of time to wander the historic hillside suburbs of Alfama and Mouraria in the shadow of the castle. From the famed monasteries and port, to of course sampling a Pastel de Nata (a Portuguese traditional pastry), Lisbon’s global standing of what it used to be is represented across the city, from restaurants and roof top bars, to quaint squares and immaculate gardens.

Leaving behind lively city life, Geordie followed in the footsteps of most Lisbon locals longing to escape the city on the weekend and headed to the peaceful coastal town of Cascais. Cold beer or Caipirinha in hand, this cosy beach hangout is the perfect spot to watch big-wave surfing, coupled with the luxuries of smart hotels like the Hotel Albatroz, where Geordie checked into.

Known to very few, Cascais boasts an tantalising cuisine scene tucked up in the hills. This, coupled with access to the Sintra-Cascais Natural Park, on the Portuguese Riviera to the north, makes it an extraordinary city escape and ideal first destination to begin your adventure of rural Portugal.

Before heading north, the call of Comporta and its secret beaches is certainly worth the detour. Only a short hour or so drive south of Lisbon, Geordie found himself pulling up to the modern-meets-rustic hideaway of Sublime Comporta. Knitted perfectly into the environment beneath the canopy of pine trees, this tranquil natural escape with architecture inspired by the region’s local heritage is the epitome of modern luxury and Mediterranean bliss. What’s more, it is only a short distance from the famed Atlantic wave breaks and arguably, some of Portugal’s most idyllic and hidden beaches; the ideal European retreat for those who would like to combine laid-back exploration and relaxation, as Geordie discovered.

On route, and heading north again, the next destination for surf is Peniche and Baleal. This is where you will find the most consistent wave breaks, making it one of the best places in Europe to surf, whilst also learn to surf – the ideal spot for a family to begin their surfing adventure. World-class Pelorus guides will whisk you away to the remote and quieter spots to catch the best breaks, with an unrivalled knowledge of the coastline and access to the unknown, ensuring you the most unique experience of Portugal’s surf.

If you are taken purely by the quality of the surf scene, then Areias Do Seixo – as Geordie discovered – is the best place to rest your head following a day on the water. Taking pole position on Portugal’s Silver Coast, these luxury villas backdropped by the Atlantic Ocean and sheltered by sand dunes, provide you with the utmost comfort and privacy, with great hiking and cycling routes if surfing doesn’t take your fancy.

Next stop, Nazaré. With 100ft waves, it is no surprise that it’s home to the largest recorded waves on the planet and one of the world championships. This is thanks to the incredible underwater Nazaré Canyon which creates a swell resulting in mammoth waves for the professionals. However, this makes it an excellent spectators sport from the lighthouse and a spectacular experience whilst on route east, towards the Schist Villages in the Serra da Lousã. These are rambling stone pockets of characterful houses and old ruins buried by moss found in the mountains of central Portugal. A true Portuguese gem, they were designed around the waterflow which makes them challenging to access, but once there, they unveil a lot of the country’s history and cultural heritage. 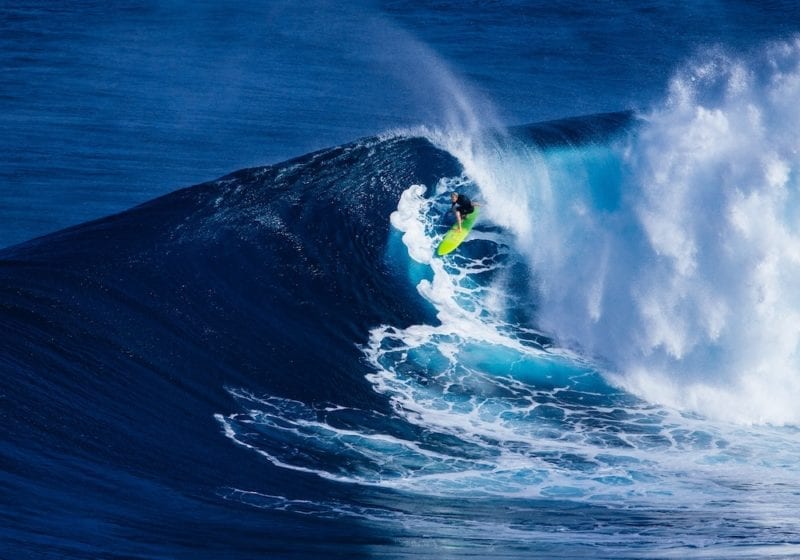 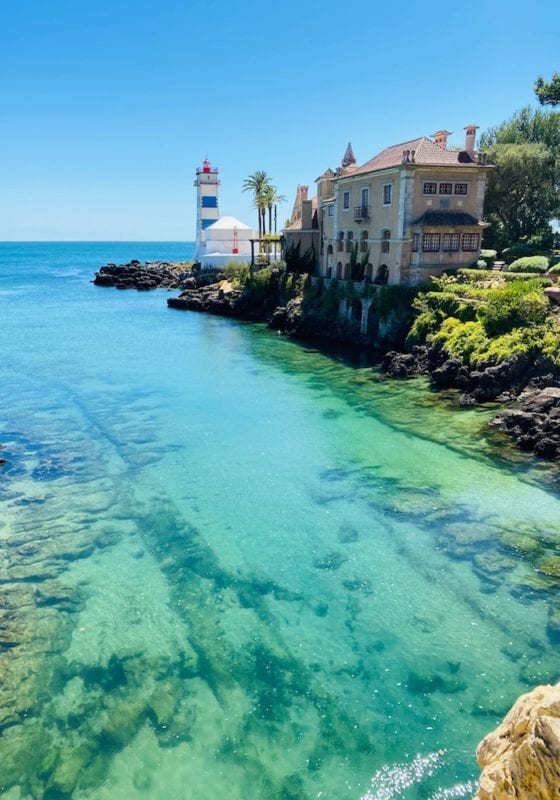 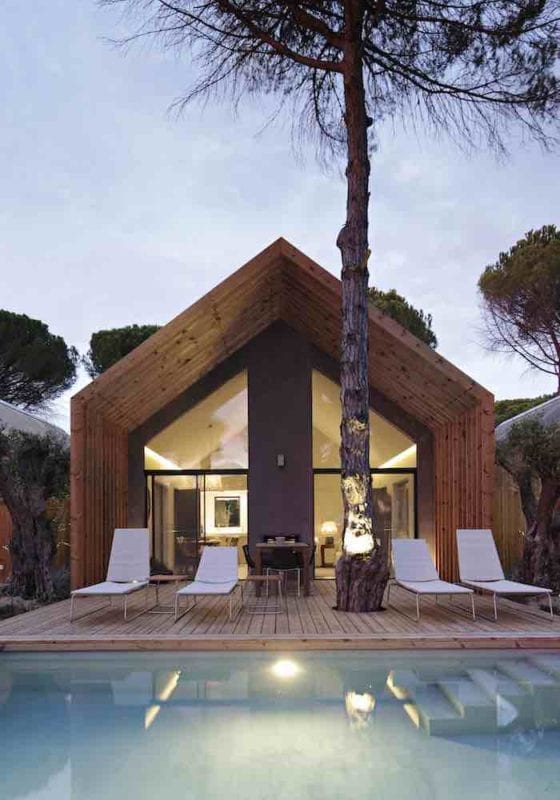 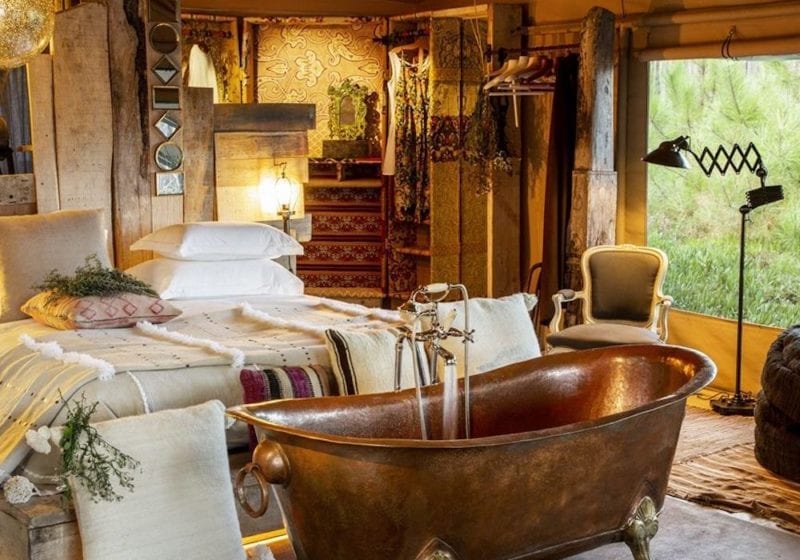 The north is dominated by Porto’s colourful history and the Douro Valley’s peaceful wine country. The Six Senses Douro Valley Hotel is a romantic haven in the heart of the Portuguese countryside, known for its spectacular position between undulating vineyards and meandering rivers. Staying at here allowed Geordie to experience a gourmet river cruise up the Douro River, nature trails by both foot and bike, and historic winery visits.

Although a beautiful spot which tempts you not to leave, positioned within such close proximity to the mountains presented the perfect opportunity for Geordie to trek high up into both the Parque Nacional Peneda-Gerês and Parque Nacional Montes Inho, which border Spain and boast stunning waterfalls and rustic log cabins, was too good not to pass up on. Whilst the drive to these areas is albeit a little challenging, the intrepid adventure is worth every minute.

As Geordie’s trip drew to an end, the lure of Porto’s classic and edgy atmosphere was particularly strong. Abuzz with tiny boutiques and quaint eateries tucked away down hilly backstreets of Ribeira and Cedofeita, combined with stunning architecture which showcases Portugal’s extensive history, it is the perfect place to end an action-packed week of catching Atlantic rollers.

When not waiting on a wave at one of the local’s many surfer-chic beach hangouts, Torel 1884, once a 19th Century palace, provided the ideal base from which to explore this picturesque and cultural hotspot. Geordie’s final day in Porto involved wandering quaint cobbled streets, dipping in and out of the many boutiques and dining in rustic alleyway eateries, before unwinding on the rooftops with a view over the mouth of the Douro River whilst the warm evening glow cast pastel hues onto iconic tiled façades as the sun set on Geordies time in Europe’s favourite surf spot, Portugal.

If you are inspired by Geordie’s recent trip to Portugal and would like to hear more and unravel your own surfing adventure, please contact one of our experts who will be happy to help. 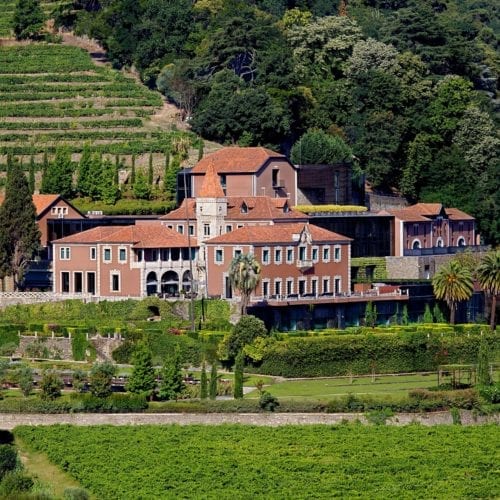 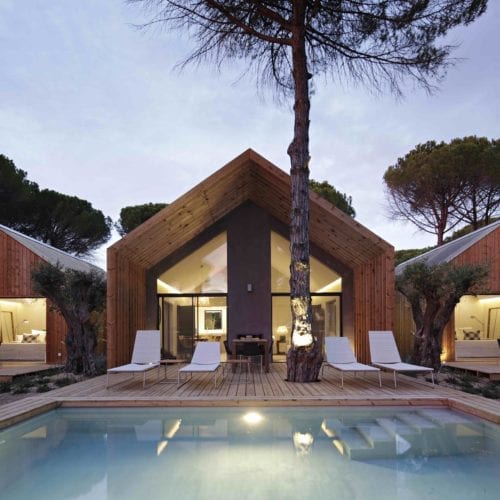 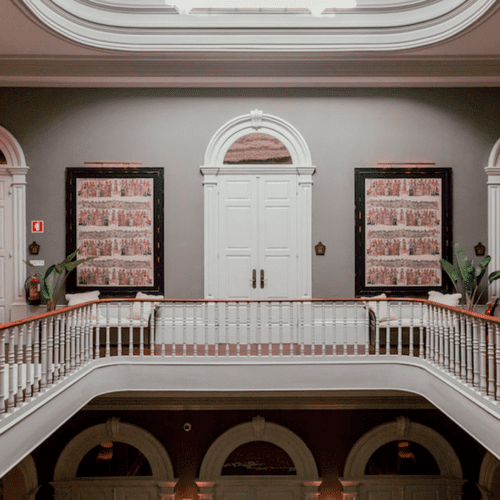 Once an elegant 19th-century palace, Porto’s beautiful Torel 1884 has retained its endearing grandeur and offers a world class experience.

Experiences
The Hidden Secrets of the Azores Islands

Off the coast of Portugal, the islands of the Azores are utterly alluring, evolving to be one of Europe’s great island adventures and rivals Hawaii’s surf scene.