You are on our UK Site.
Please confirm which country you are in: 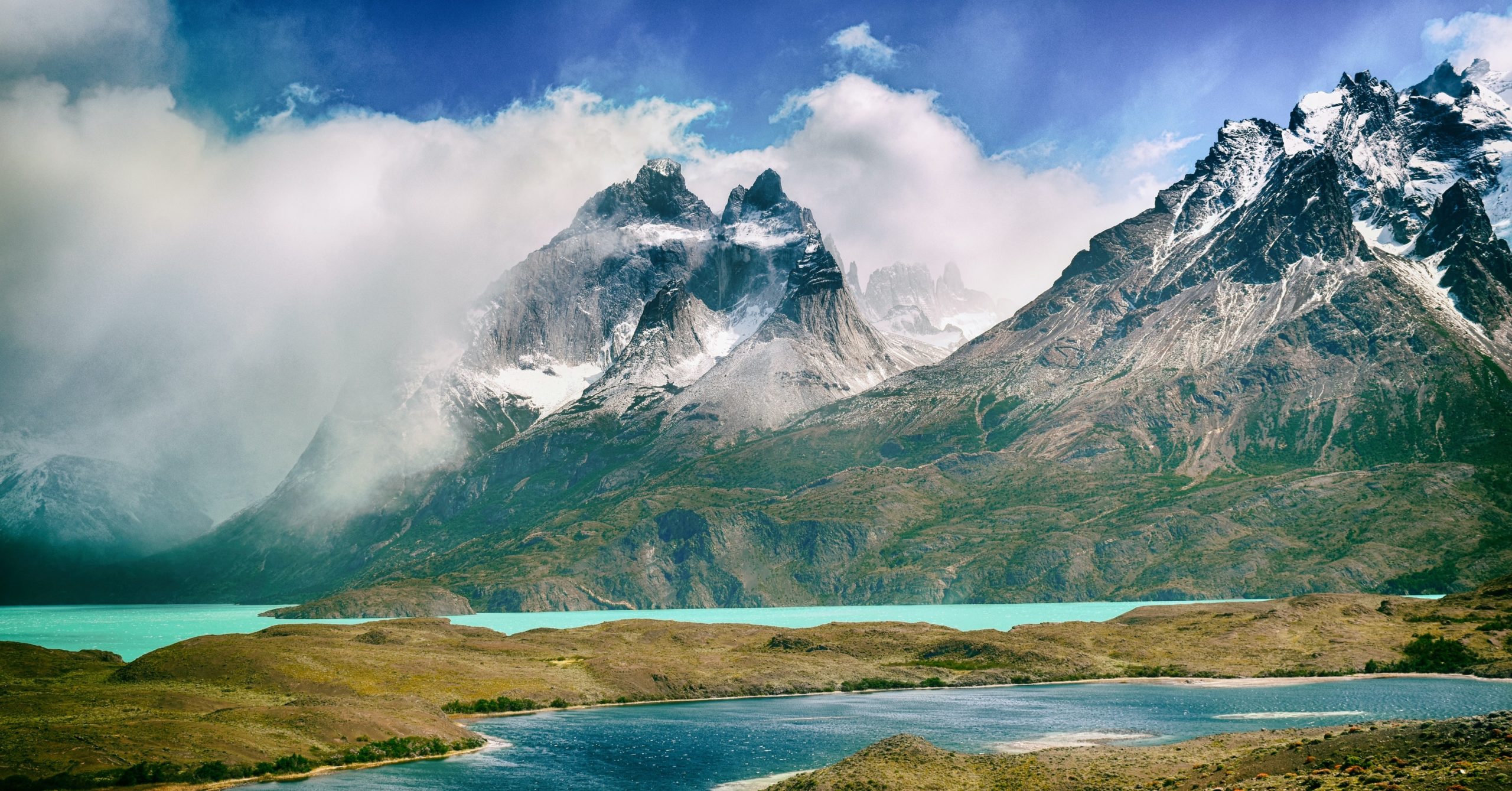 A unique blend of enchanting wilderness, glacial highs and temperate rainforest, it is no wonder our Project Expert, Charlie, was drawn to Chile and captured by the pull of Patagonia. We chat to Charlie about his recent recce, as we continue to enhance our Pelorus knowledge, make new contacts and build world-class experiences.

Rather envious of a perfectly planned trip and a dousing of multiple climates to fill the void of little to no travel over the last year, we sat down with our Pelorus Foundation manager and Private Adventures expert Charlie, to hear of the magnificent contrasts he experienced within hours of themselves, as he painted an inspiring picture of the narrow strip of land between the Andes and Pacific Ocean, Chile.

Charlie joined the Carretera Austral Route 7 in Puyuhuapi to begin the ultimate road trip south. A true Chilean Patagonia adventure through the heart of Chile’s least populous region, Aysén, home to some of the most remote and beautiful areas of Latin America, to their final stop, Chile Chico. 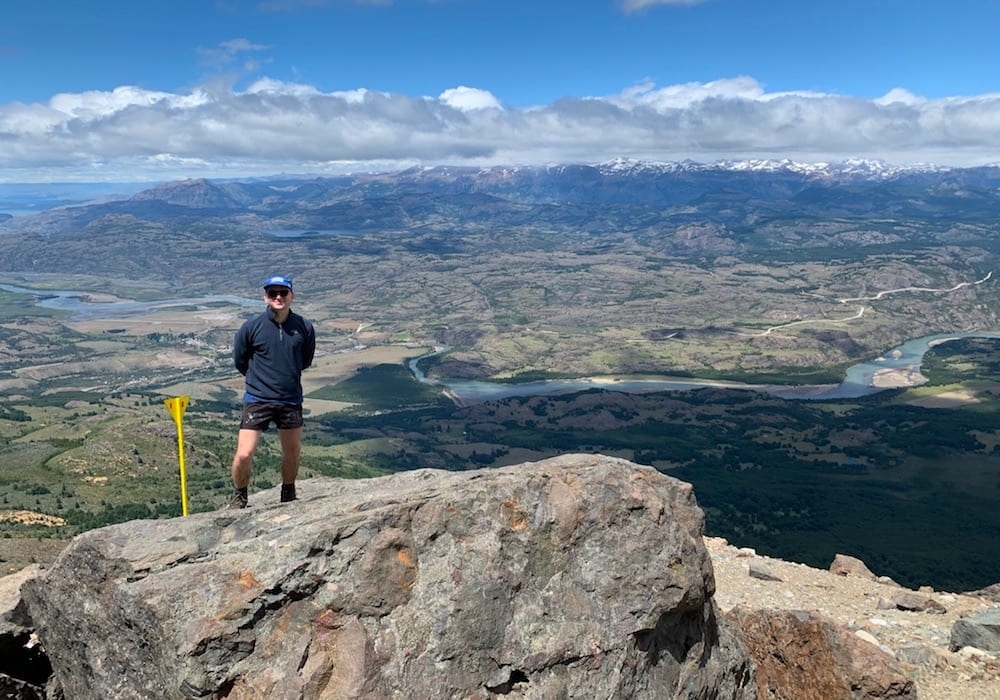 “Everything I have ever seen or read about of Chile has evoked a certain amount of wonder for me, I am drawn to the remoteness as well as the incredible, natural beauty. When it came to planning which region to go to, Aysén was an area that I knew relatively little about so it really felt like an exploration.”

“The region feels truly undiscovered, you would turn a bend to be met by a striking 60-metre waterfall.”

Southern Chile’s remote fjordland area of Puyuhuapi marked the start of their 4WD adventure, of which “80% was almost off-roading”. Naturally, movements were less than usual, however the pair had this hushed haven entirely to themselves, driving for hours without seeing a single other and passing through the occasional village.

Sunrise saw them embark on a kayak adventure through Puyuhuapi’s emerald fjords alongside their guide. “With the fantastic guidance of Danilo, we stopped at otherwise inaccessible areas of land, hiking through heavy jungle to discover amazing waterfalls. With help from an expert eye, we were also incredibly lucky to spot a school of dolphins from the kayaks.”

For a spot of rejuvenation (a rarity for these adventurers), dipping between thermal baths and icy fjords was one they had to try, before hiking to the Queulat National Park to lay eyes on the awe-inspiring Ventisquero Colgante, essentially a hanging glacier which Charlie described as “nuts!”

“Often overlooked, it offers a different type of beauty, a varied terrain relatively undiscovered and untouched due to being northern Patagonia.”

“We crested the hill to be welcomed by an epic sunset.” Due to the time of the year and how far south you are, you can sit and marvel at the meshing of a technicoloured sky well into the night. “You can see for miles out to the lake which we later ended up driving around. On the other side of this, you are gazing at Argentina.”

Having soaked up the view, they descended into the Parque Nacional, where they hiked deeper into the southern beech forest and alpine terrain, showcasing striking basalt spires. 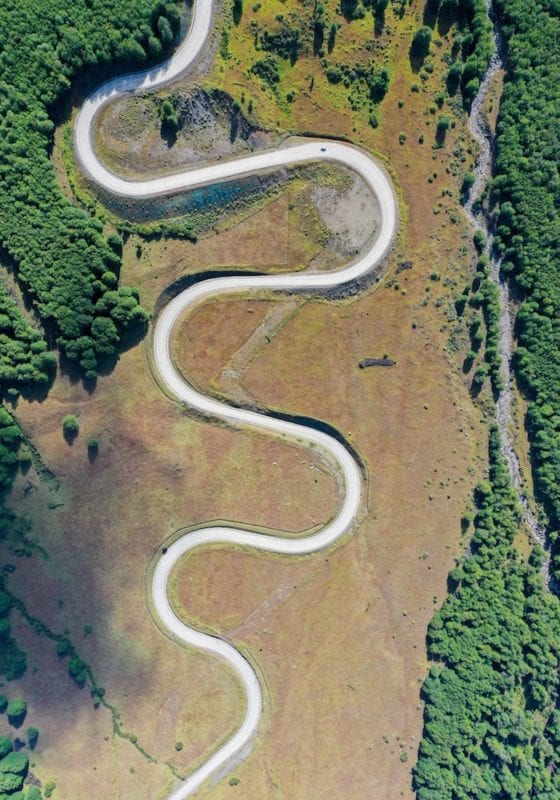 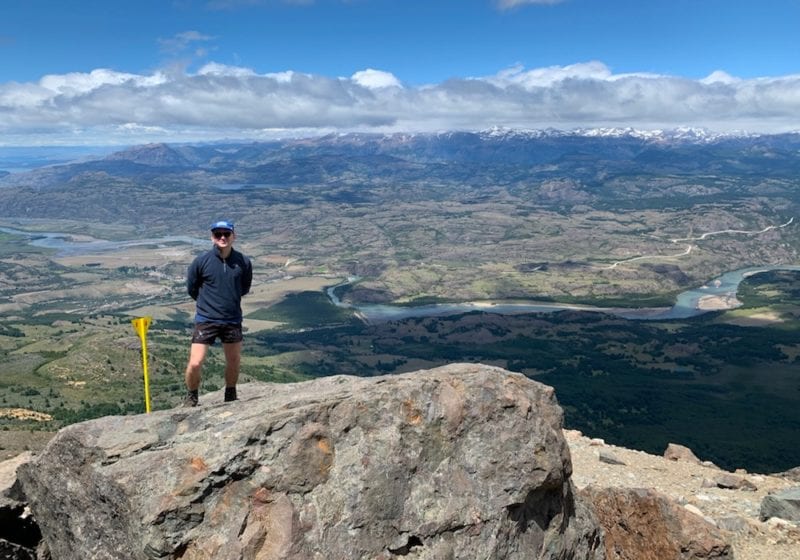 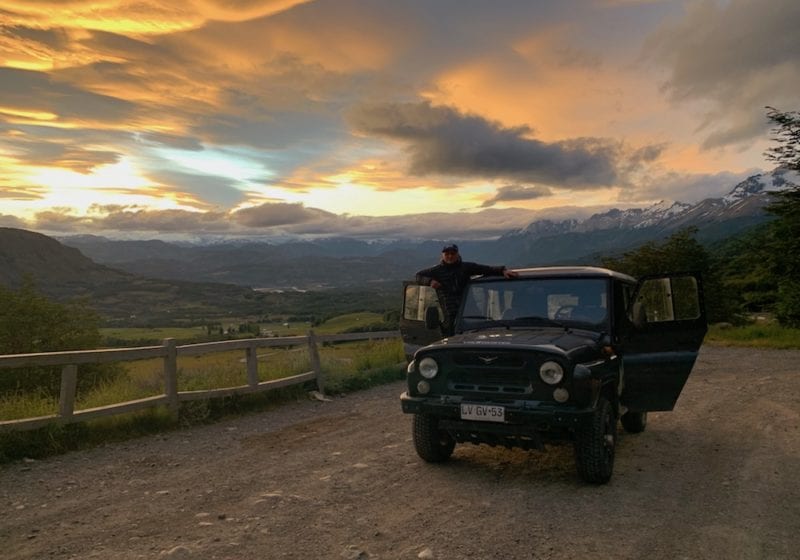 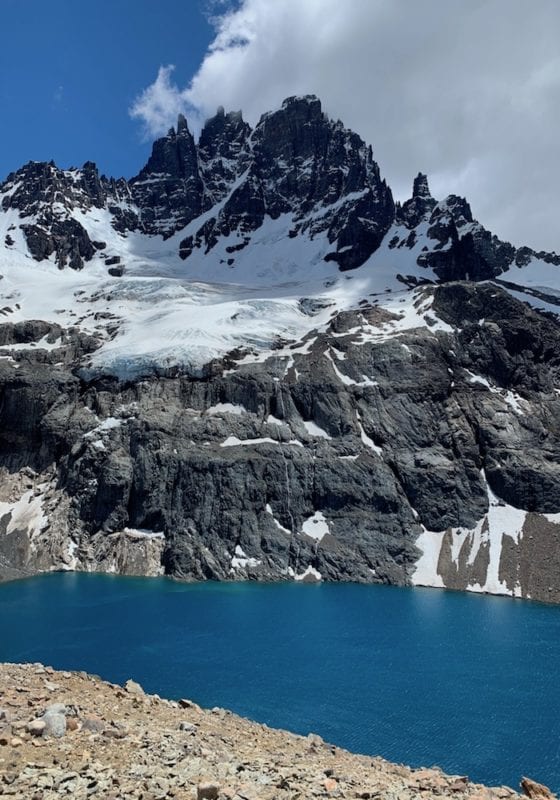 “We drove out on what felt like a road taking you to the end of the world. There’s no reason for the road to be there, other than to get you to a tiny port with some boats.” From here, Charlie cruised towards the foot of the Laguna San Rafael glacier with his exceptional guide, coming to within 100 metres of this “remarkable white expanse cracking and calving, making extraordinary noises like distant rumbles of thunder.”

“Listening to it and watching the ice drift by was one of the most incredible things I have seen in all of my travels.”

In the right place at the right time, it just so happened that an “enormous piece of ice calved off” the glacier as they were enjoying a tumbler of whiskey on the rocks, the rocks in this case taken directly from the surrounding ice field.

Having just witnessed one “mesmerising natural phenomenon,” it was now on to the next as Charlie found himself on the shores of South America’s second largest lake, Lago Gral Carerra. Hopping in a kayak, they sliced through the water to discover an idyllic combination of marble caves and crystal-clear waters which lap these extraordinary rock formations. A truly surreal experience, the pair saw themselves floating through the caves and brushing against smoothly sculpted marble, in awe of their surroundings.

From here it was time to head towards their final destination along a road hugging the length of the shoreline. Perched on the southern shore, fringed by glacial mountains, and bordering Argentina lies Chile Chico.

“As we drove away, we were looking back to the San Rafael Glacier. The previous day we had been on the Western side, so it was incredible to take this in from a different perspective.”

Hiking inland to the Valle de la Luna, revealed the mix of climates Chile has to offer. “The weather systems that the Pacific brings in, creates this dense jungle environment on the Chilean coast and then as you venture further inland, by the time you reach Chile Chico, you are welcomed by vast dry plains”, featuring sporadically placed rock formations carved by the elements.

Venturing deeper into the landscape they unveiled the enchanting expanse of Lago Jeinemeni, where they hiked up further for a different perspective of the azure pool. “We were so lucky to have such a beautiful place all to ourselves,” although they were most likely sharing the area with Andean condors and guanacos, native to South America and closely related to the llama.

“Hiking over what feels like moon dust” is the only way to describe this arid and wind-swept land bordering Argentina where Charlie concluded his adventure. After a few days soaking up the sun on Chilean sands, he caught a flight home to reality where he designs similarly enchanting escapades like his own, albeit a little more luxurious.

Pelorus is still exploring when and where possible. If you are inspired to embark on a similar adventure to Charlie’s, please contact our experts who will be happy to help. 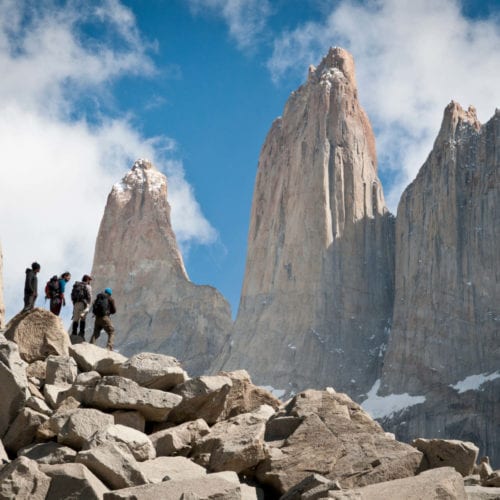 Chile is an enormously vast country, stretching the length of 4,270km, with an ever-changing terrain and an extensive variety of experiences. 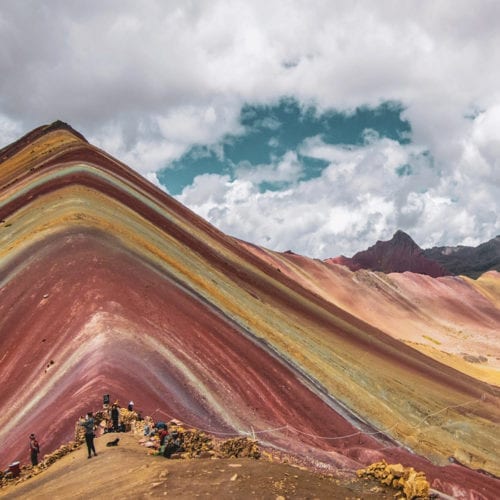 Experience the dense wilderness of the Peruvian Amazon like never before in this bespoke yacht expedition perfect for the whole family. 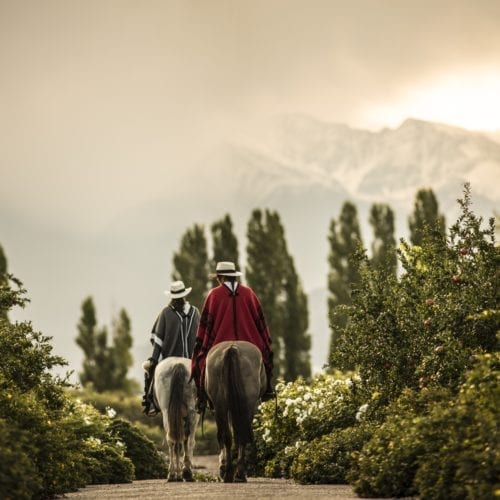 Experience some of Argentina’s most spectacular locations, in a journey taking you from bustling Buenos Aires to remotest Patagonia. 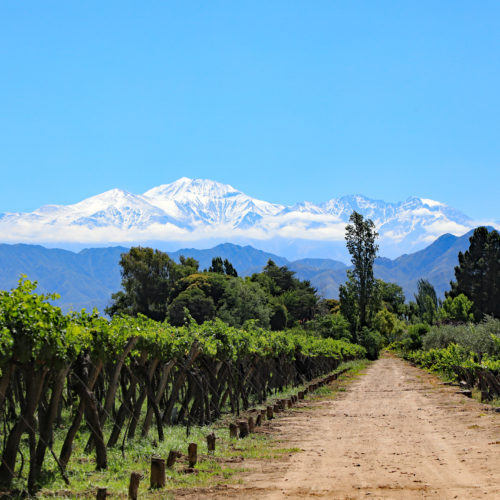 Article
5 Adventure-Moons With Your Other Half

Discover our top five life-changing honeymoon experiences, perfect for couples who have a passion for exploring the world together.