Existing – although struggling to – across 75% of Earth’s tropical and sub-tropical coastlines, Mangroves are amongst the most crucial marine ecosystems on earth, however only cover 0.1% of the Earth’s surface. So, why are scientists so concerned?

One of the world’s most productive and important ecosystems is in retreat. Mangrove populations are valued for their critical role in mitigating climate change, rich biodiversity hotspots and vital resources for coastal communities. However, we are witnessing the decimation of such an important habitat at an astonishing rate, in fact 50% of mangrove populations have been destroyed in the last two decades alone and this responsibility largely falls upon us humans.

With thanks to the Pelorus Foundation and their contacts across the globe, we are able to raise awareness of the potential for restoration projects to restore health to mangrove populations, so our planet can once again reap the benefits of this crucial habitat. 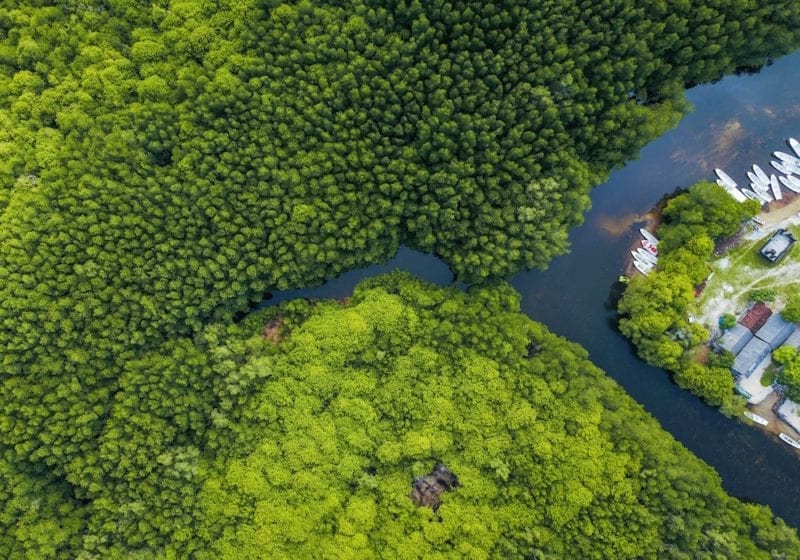 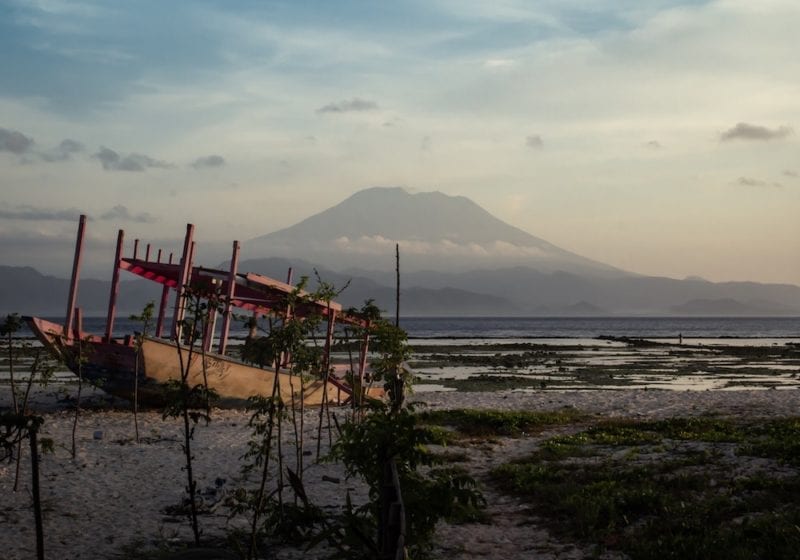 Mangroves act as both human and ecosystem services.

The demand for land and resources throughout the tropics are high, however a lack of education and awareness means mangrove forests – despite their highly beneficial qualities at combatting carbon and protecting coastlines – have been, and continue to be destroyed for other purposes. Coastal communities have long relied on the provisioning services of mangroves; using it as a habitat to fish, whilst also  as a source for construction materials and fuel woods. 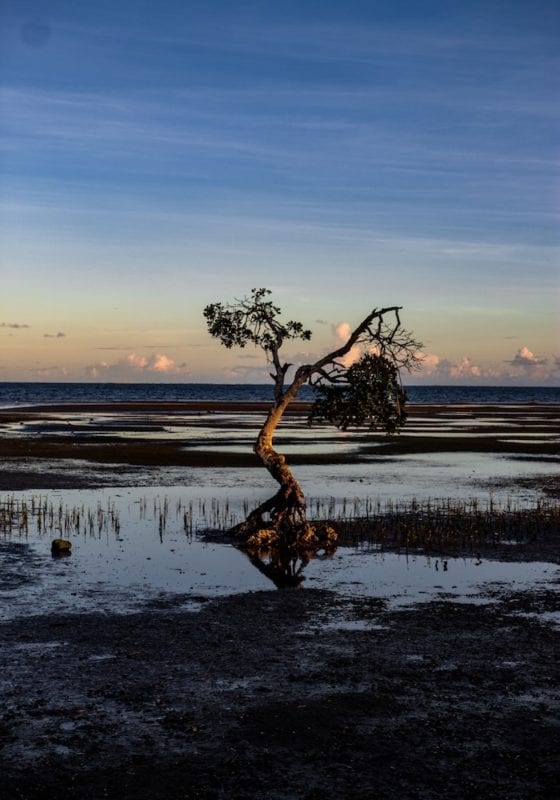 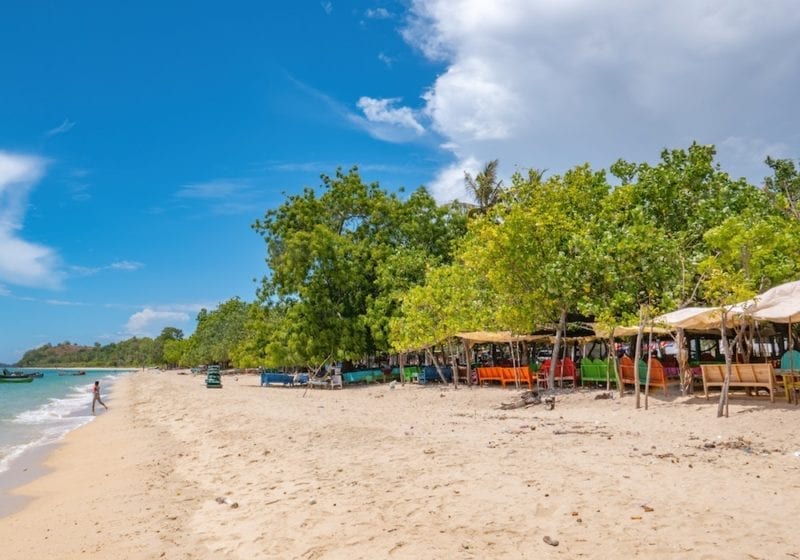 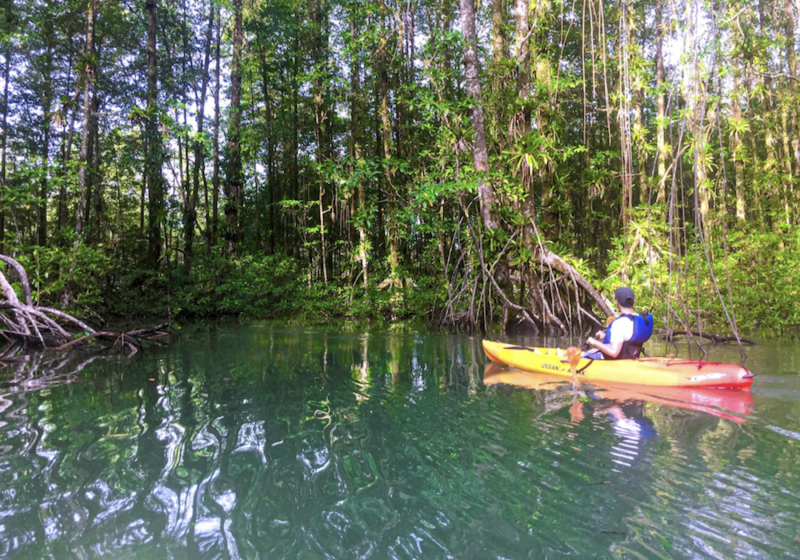 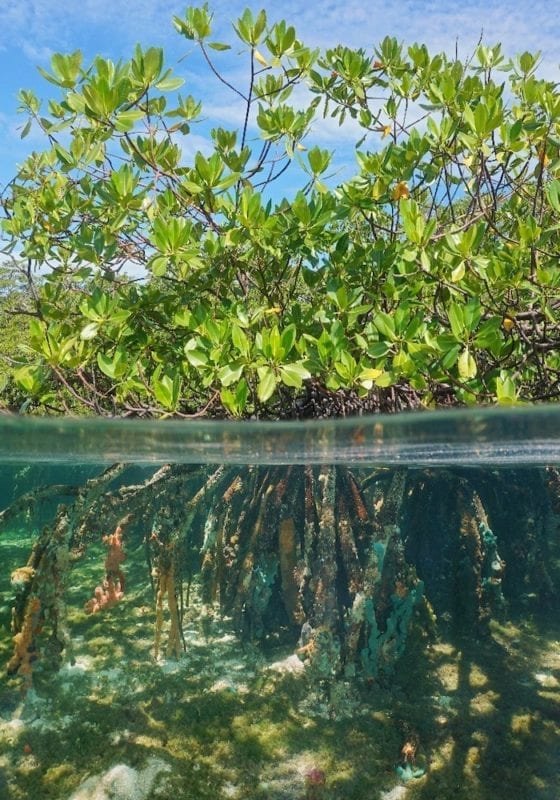 Anthropogenic stressors are responsible for carbon dioxide concentrations in the atmosphere sky rocketing. Mangroves are a natural cure for this by locking away large quantities of carbon and preventing it from entering the atmosphere; a ‘blue carbon’ storage unit which needs protecting.

Mangrove populations act as a macroclimate regulator and mitigator of global climate change through carbon storage and sequestration. Although only accounting for 3% of Earth’s forest cover, if totally removed, they could contribute up to 10% of global carbon emissions. In fact, all mangroves combined, sequester a staggering 24 million metric tonnes of carbon in soil, per year. For those in the fight against climate change, this figure alone should be enough to focus all efforts on restoring mangrove populations.

A Natural Barrier to Natural Disasters

The mangrove’s regulating services also include being a nifty form of coastal protection. Evolved to withstand the salinity of the sea, strong tidal forces and warm tropical temperatures, the tangle of mangrove forests protect from erosion, storm surges and tsunamis, therefore preserving human life and providing a thriving breeding ground and nursery habitat for a variety of marine creatures; including commercial species and juvenile reef fish.

The devastating events of the 2004 Indian Ocean tsunami sparked an interest into the protective role of mangrove forests, following the lesser destruction of settlements protected by this natural coastal barrier. Strong scientific evidence suggests that the presence of mangroves was the sole reason for the safety of many settlements in reach of the wave, with experiments in Japan proving that a 100-metre strip of a healthy mangrove forest could reduce a tsunami’s destructive force by as much as 90%.

Since 2004, mangrove plantations have become a hot topic of disaster management planning and many NGOs have attempted to replant these forests across the globe. However, despite the mighty mangrove ecosystem being of great ecological and socio-economic importance, they are diminishing at a staggering global loss rate of 1–2% per year. These rates are only increasing. 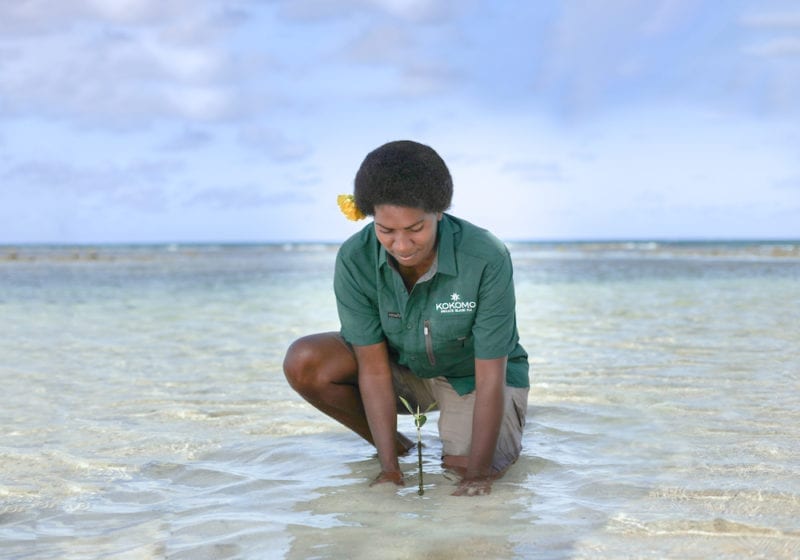 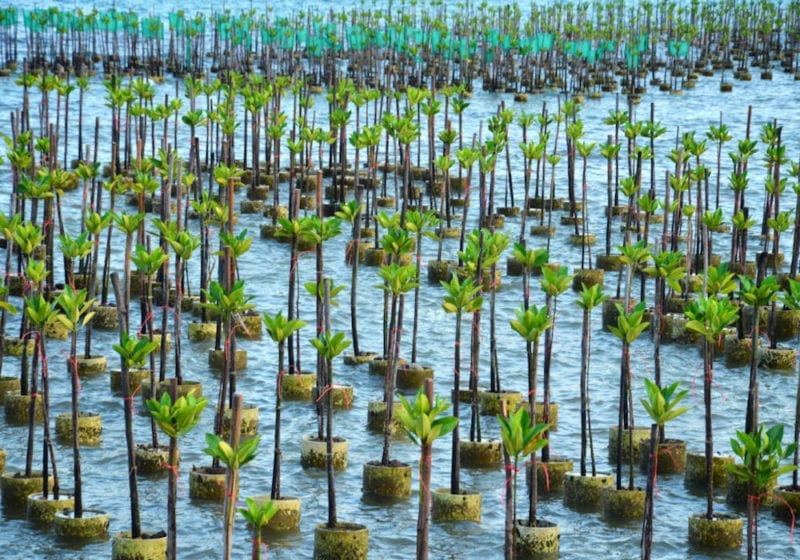 Looking To The Future

Recognising the enormous potential of these forests is key to rehabilitating them to their functioning habitat.

Although many countries understand the benefits and have proactively established legal protection for mangroves, their value for sustainable ecosystem services face strong opposition for decimating the land for lucrative means, like agriculture.

A mangrove’s survival is largely reliant on the cooperation and action of local communities, as government policies alone are simply not enough. Citizen science projects whereby locals can physically collect and submit data to be assessed for protective area planning, natural resource monitoring and threat to disease, have on the whole been readily accepted and this gives up hope for the future.

By promoting, educating and supporting mangrove restoration initiatives, we are one step closer to containing the carbon crisis and protecting coastal communities.

If you would like to contribute towards restoring health to the mangrove population, please contact a member of our team to hear about our citizen science projects or visit the Pelorus Foundation.