Pelorus designs bespoke experiences that seek to transform our perspective of the world and our impact on the planet. 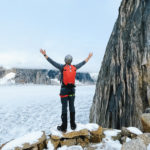 “The last great exploration left on Earth is to survive on Earth. The real heroines and heroes of that journey, expedition, exploration, are possibly reading these words right now.” We engaged in an eye-opening interview with Robert Swan, discussing Antarctica, intrepid polar expeditions, and 2041.

Please could we receive some background information on yourself and what encouraged you to embark on two epic expeditions to the Poles in the 1980s?

When I was 11, I saw a film about the real explorers, Scott, Shackleton, Amundsen, the greats who went to the Poles. I made a promise that one day I would be the first to walk to the North and South Poles. This was the beginning.

Starting at 11, I finished those two journeys at 33 years old. It was quite a big deal to get it going. I had very rarely been camping in my life, I simply had this dream and I had to learn as I went along. After studying ancient history at Durham university, I started that process to make it happen. In those days you couldn’t fly to Antarctica like we do now, you had to buy a ship and go there as the real explorers had done. This costs millions of pounds and it took seven years to raise the money. Eventually we made those two journeys which was a hell of an undertaking.

Now, I would say that I’m not an explorer, as I had the right people with me to ensure we executed the journeys. I only describe myself as an explorer in the sense that exploration is our survival on the planet.

Could you explain your 50-year mission to protect Antarctica in more detail?

On our journey to the south pole, we walked under a hole in the ozone layer and had our faces and eyes seriously burned. On our journey to the north pole, we walked across an ice cap that was melting for the first time in recorded history. Upon returning from these expeditions and realising our survival on this planet is not somebody else’s problem, I questioned what I could do.

I returned feeling down about the whole situation I had witnessed, because it seemed so big and no one was listening. It was Jacques Cousteau who gave me this mission to help preserve Antarctica. What that means is that right now, nobody owns Antarctica. It is the last great wilderness left on Earth and we all have a responsibility for it. In 2041, the agreements that preserve Antarctica can stop, can be changed, can be thrown away. 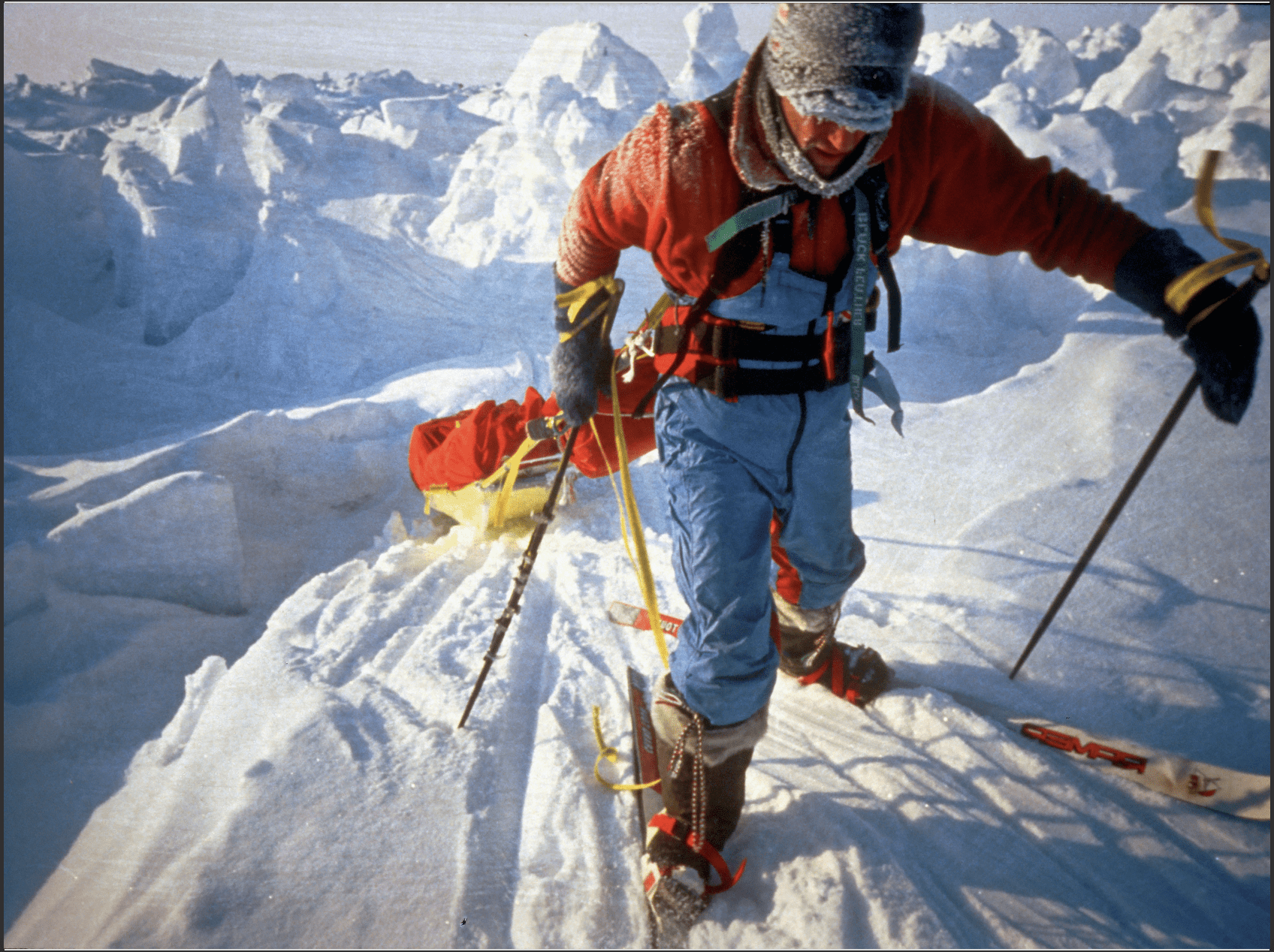 “Over the past 30 years we have been trying our best to ensure that in 2041, we have, as a planet, the sense to leave one place alone as a natural reserve for science and peace.”

With 20 years to go, we are making sure this happens.

How would you describe Antarctica as a continent and why does it need saving?

One reason is symbolically. What are people going to think of us 1,000 years from now if we couldn’t just save one continent, that at the time we all owned?

Secondly, Antarctica is our memory. If somebody wiped your memory now, life wouldn’t have much to go on. Within the ice layers lies all the answers scientifically to the questions we ask ourselves today about climate change. We should therefore preserve that memory for science, knowledge, and for understanding where we are. 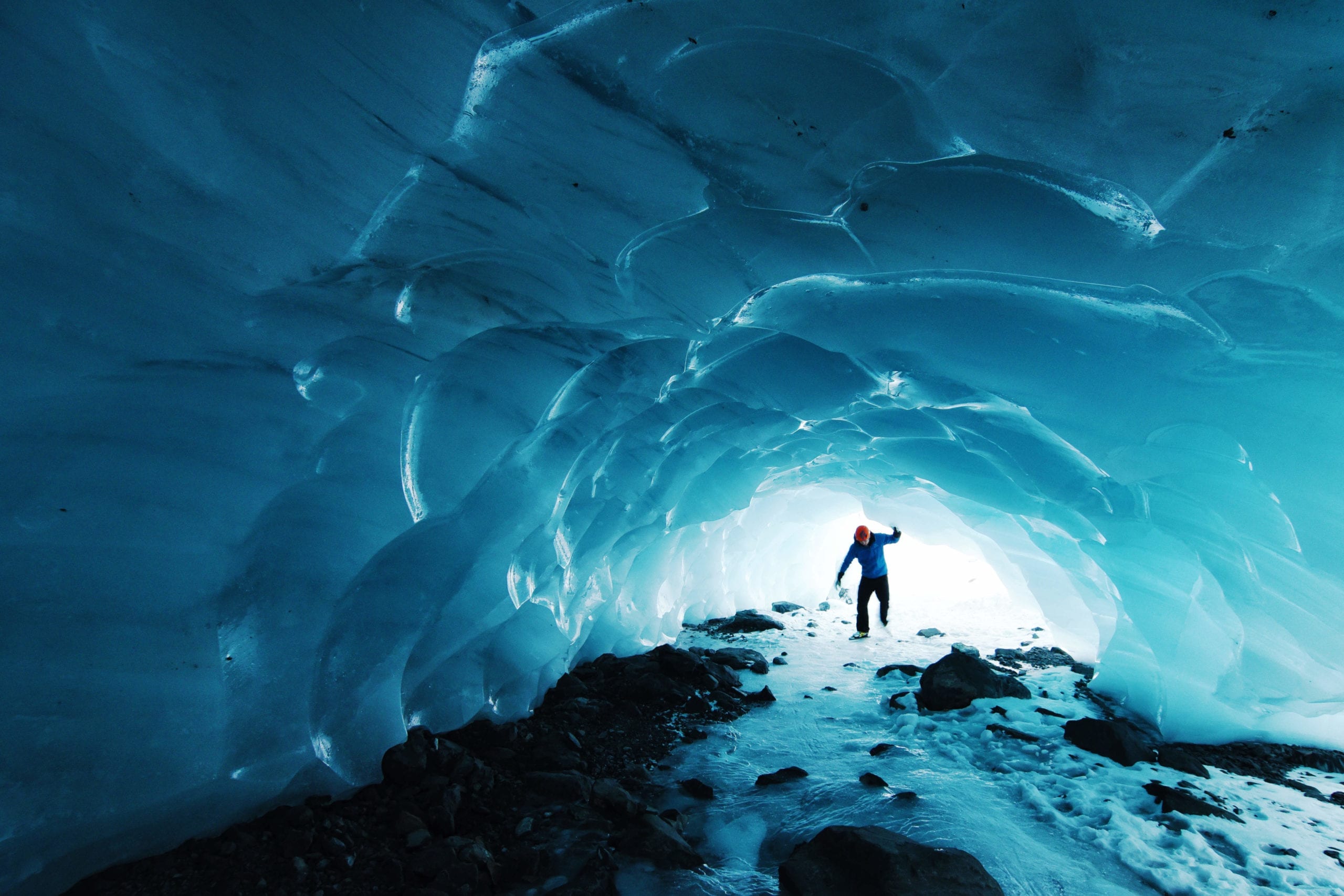 “You can drill down into the ice caps and pull out ice cores which will tell you exactly what is happening with our climate, the air, and everything from 100,000 years ago.”

Thirdly, people will argue and fight over it as resources lessen and people become greedier. Everywhere in the world has seen war, so why not leave one place without war and arguments. Ultimately, these three reasons come down to science, legacy and peace.

In response to your mission, you founded the 2041 Foundation. Please could you expand on this?

It has taken 30 years so far, and we have approached it in two ways. I have now engaged over 3,000 young leaders to explore Antarctica each year we go. It is crucial for people to see this place, to see the fact it is melting, and to leave as ambassadors for the preservation of this continent.

Another way is questioning why people go to Antarctica? They go there for energy and resources to exploit. In response to this, I have been working for over 20 years on being a renewable energy champion and tester. If we use more renewable energy in the real world, then no one will exploit Antarctica for it. It won’t make financial sense to go there.

For example, in India it is important for us to help them use more renewable energy, because otherwise 900 million people who want what the western world have, could be catastrophic. One individual returned to India and he and his team are now electrifying villages in the Himalayas with microgrids to bring electricity to the lives of people who have never had it before.

This intergenerational challenge sets a strong example to young people who rightly are angry at the state of the planet they have been left. 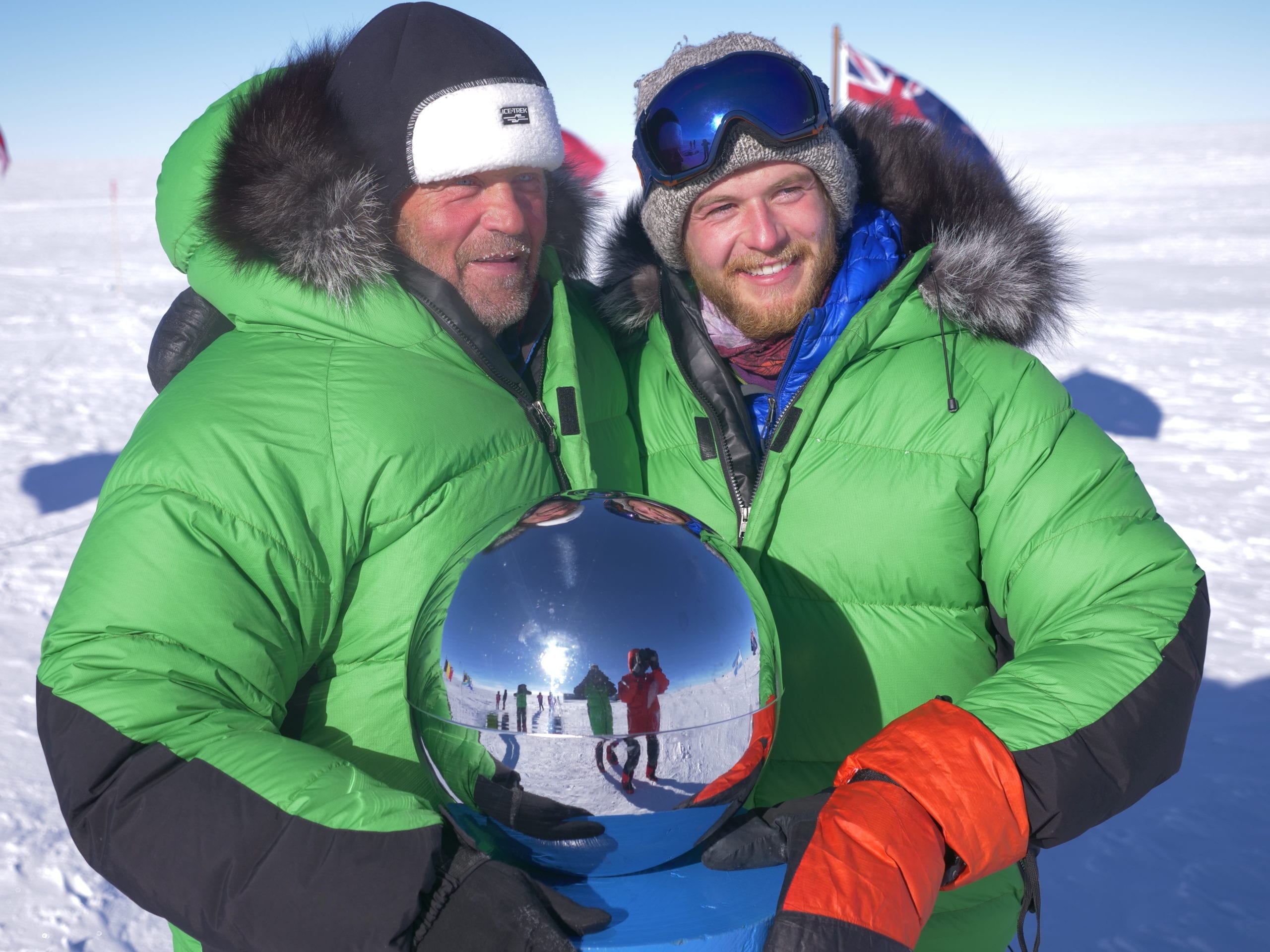 “Part of our mission therefore is to inspire solutions that the young can act on. It is important that generations join together on these missions.”

With a focus on energy and sustainability solutions, could you explain how elements of your expeditions are environmentally friendly?

I dislike the word offset. What we should all do is practically clean up our environment if we are making any contribution to carbon in the atmosphere. We aim to clean up our impact and inspire anybody who comes with us to double that by cleaning up their own carbon input. It should simply be a matter of cause.

With all of our expeditions, we are absolutely rigorous in guaranteeing we come out carbon positive. We make sure we are cleaning up more dirt from the air then we put in, and we try doing this in interesting ways. For example, we demonstrate the use of renewable jet fuel on our journeys to the poles which comes from the atmosphere’s CO2.

Regarding food and equipment, we are trying hard to make sure our food (8,000 calories required per day to stay alive) is coming from a sustainable source. We try to use recycled plastic and clothing where possible. For example, we work with a cool brand called Ground Truth which designed the very first backpacks entirely from recycled plastic.

Being the first person in history to walk to both North and South Poles, was the environmental damage immediately obvious through your eyes?

We walked to the north pole 30 years ago, and now the full 600 mile journey to the north pole is impossible due to the lack of ice. In Antarctica, each year we go, more and more ice pours into the ocean and I’ve noticed these changes.

Twice the size of Australia, Antarctica is home to 90% of the world’s ice. If all of this ice melts, the global seawater will rise by 300 – 500 feet.

This is not something that may happen, it is happening. All of the efforts we make are now, not maybe.

My role is all about the preservation of Antarctica, getting people on board, encouraging renewable energy, and 2041. Barney’s job is to inspire the younger generation on the solutions people can activate today. It is a father and son battle, and we’re on it. People need to see that this is not an impossible mission, and the last thing we want to happen is for people to switch off.

With 20 years remaining until 2041, what is next on the agenda for you?

I’ve dreamt of crossing the entire Antarctic landmass for 30 to 40 years, and I thought I could do the last 600 miles easily. I’m now 64 and people like me shouldn’t really be doing these things – I had a few setbacks due to my hip and could not complete the walk. At the end of this year I am returning to finish this great feat on an expedition titled ‘Undaunted.’ I am taking a team of wounded veterans who have lost limbs in the war, because they exemplify fortitude and resiliency. It is a question of building the ideas and making sure one is being relevant.

In three year’s time, commencing in San Francisco, I am going to make a 10 year voyage around the world by yacht to visit key countries who will be a crucial part of the action on the preservation of Antarctica and 2041. This will include podcasts, school, university and government visits – just getting out there to kick some butt for the next 15 years. We can’t live forever behind a screen, I need to inspire people face-to-face that in 15 years, they too have a chance to save an entire continent.

Throughout this voyage, every year until 2041, I will go to Antarctica to keep the numbers of ambassadors strong.

With the knowledge you have accrued, do you have hope that Antarctica will forever remain an untouched wilderness landscape?

So many people go to these extraordinary places to simply say they have and to take a photo, however what are they doing to safeguard the same experience there 50 or 100 or 500 years from now? I think it is terribly important that when people explore these destinations, or are assisted to experience them by travel companies, that they are really giving something back. In my humble opinion, it must be more than ticking a box to say they have supposedly helped the planet.

The concept of ‘sustainable inspiration’ is a key one. People embark on these incredible adventures and become inspired to help, but who is going to sustain that inspiration? There needs to be a clear, easy way for them to contribute and be part of helping the place they experienced. The aftermath and reflective stages following an exploration, is often where the ball truly gets rolling.

To learn more from Rob Swan and his inspiring 2041 mission, head to robertswan.com and follow his upcoming adventures on Instagram.

If these words have encouraged you to witness the majesty of Antarctica through your own eyes, Pelorus is in a prime position to create for you a sustainable expedition to our last untouched wilderness. 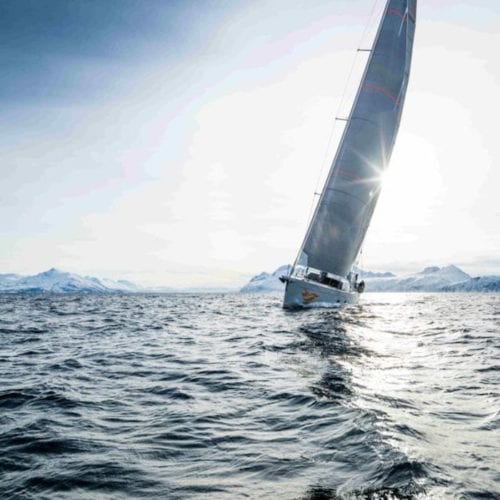 Speed down pristine slopes, admire untouched wilderness, and marvel at the abundant fauna and marine life of the Southern Continent. 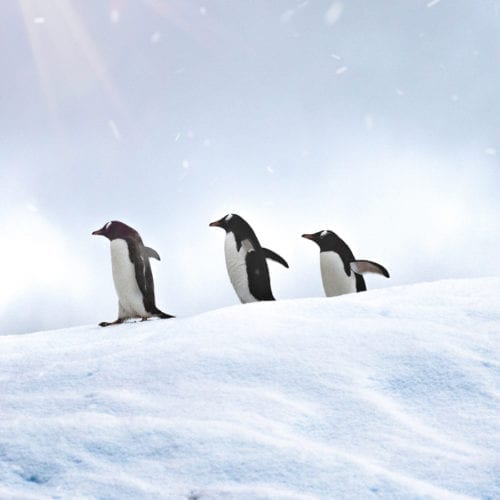 Camp on uncharted territory, soar over glittering ice caps, and immerse in organic and intimate encounters with a diverse range of endemic species. 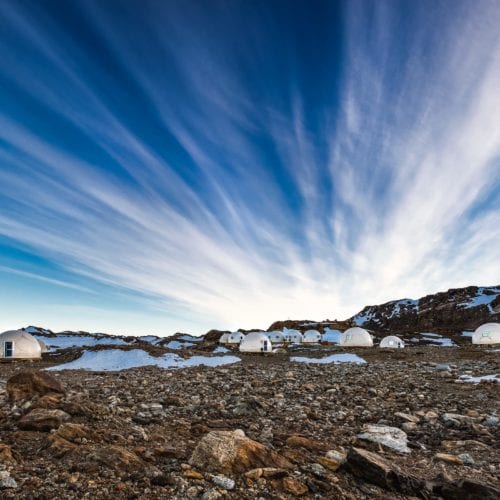 Offering a rare insight into the savage beauty of Antarctica, in this experience you will uncover science bases, observe iconic wildlife, and savour pristine vistas.