Central Asia’s largest landlocked country, Uzbekistan is a treasure trove of art, tradition and architectural magnificence. Travel the breadth of this underexplored country, immersing yourself in ancient history, local traditions and breathtaking scenery.

Your journey begins in the lively streets of Tashkent, one of the oldest cities in Uzbekistan. After a huge earthquake in the 1960s, the city’s historic architecture was largely destroyed, resulting in its current eclectic mix of tree-lined boulevards, Soviet blocks, mud-walled houses and plentiful mosques. Spend a couple of days soaking up the artistic delights of this culturally rich, mismatched capital.

Marvel at the highly skilled work of the Rakhimov family – sixth-generation Uzbek ceramicists with a family history of pottery making dating back to the 1790s. Try your hand at these age-old techniques in an exclusive master class of shaping, firing, dyeing and glazing. You can also browse the extensive exhibits housed within the stunning walls of the Museum of Applied Arts. At night, relax in the luxury of the Hyatt Regency, ideally located in downtown Tashkent.

A city of two halves – the old and the new – Tashkent offers endless opportunities for exploring and immersing yourself in rich Uzbek culture and lifestyle. From the bustling streets of the Chorsu Bazaar, filled with fragrant spices and vibrant colours, to the towering walls of Kukeldash Madrassah, become lost in the city’s electric atmosphere. Delve into the labyrinth of 19th century mud-walled houses, emerging into the historic Khast Imam Square, home to some of Tashkent’s oldest monuments. Continue your historical tour with a visit to the Uthman Koran, considered by Sunni Muslims to be the oldest Koran in the world. Though only a third of the manuscript remains, the experience of viewing this sacred document is a truly powerful one.

Boarding a high-speed train, your journey continues south to Samarkand, deep into the heart of this fascinating country. An oasis on the fringes of the Kyzyl Kum Desert, Samarkand is perhaps the best known of the Silk Road towns. A true ‘crossroad of cultures’, this beautiful town boasts architectural wonders such as the Registan Square, Gur-Emir Mausoleum and Bibi Khanuam Mosque. Stroll the streets and gaze in wonder at the breathtaking pillars, domes and intricately detailed tiles which adorn these magnificent structures. Recuperate in the comfort of the Dilimah Hotel, offering a choice of pools, spa facilities and modern bedrooms.

Depart early to the Gissar foothills for a day spent exploring the local Ohalik village. Trek through rocky mountains up an old sheep herder trail, stopping for campfire tea and to soak up the spectacular scenery. Visit local families who welcome you into their homes, teaching you first-hand about the details of village and community life. Upon return to Samarkand, laze away the late afternoon surrounded by the sweet scent of freshly baked bread, a staple to the Uzbek diet. Admire the deft kneading and stamping before sampling these baked delights, fresh from the tandoor, for a delicious afternoon tea. End your day with a lively performance of traditional Uzbek dances from the Janona Dance Troupe!

Head back to the station to board your second high-speed train, transporting you west to Bukhara. A Silk Road town, as old as Samarkand but boasting even better preserved architecture, Bukhara is a hub of Central Asian history. Enjoy a guided tour around the town, admiring the Kalon assembly with its buzzing plaza. Lose yourself in the vivid textiles and exotic jewellery of the covered bazaar, and examine the craftsmanship of the metal work at the Blacksmiths’ Museum. With so much architecture, art, museums and an abundance of shops, Bukhara will never leave you short of something to do. See the Silk Road live up to its name, with a fascinating silk workshop demonstration just a short drive from the city walls. Enjoy an authentic Uzbek evening visiting a local family, learning first-hand about the plov cooking process and feasting on a delicious customary meal. For your final evening in the city, attend a concert of traditional shashmaqom folk music in the home of a local musician – the perfect farewell to this cultural haven. 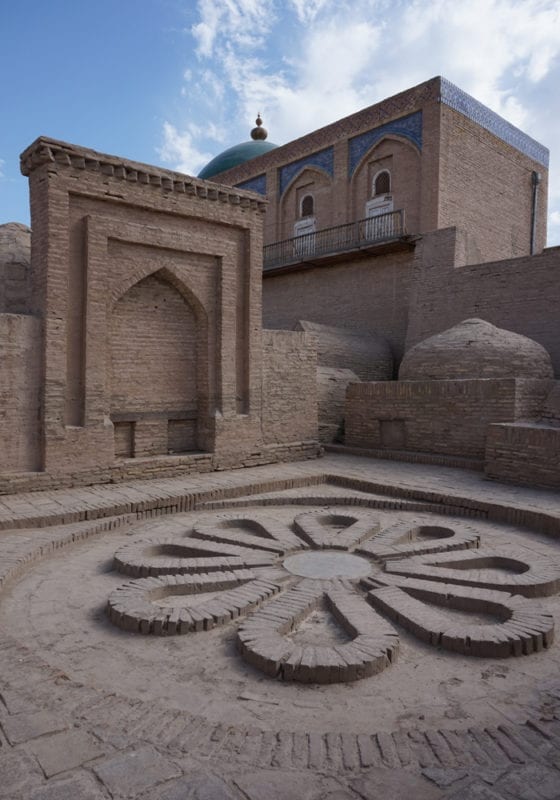 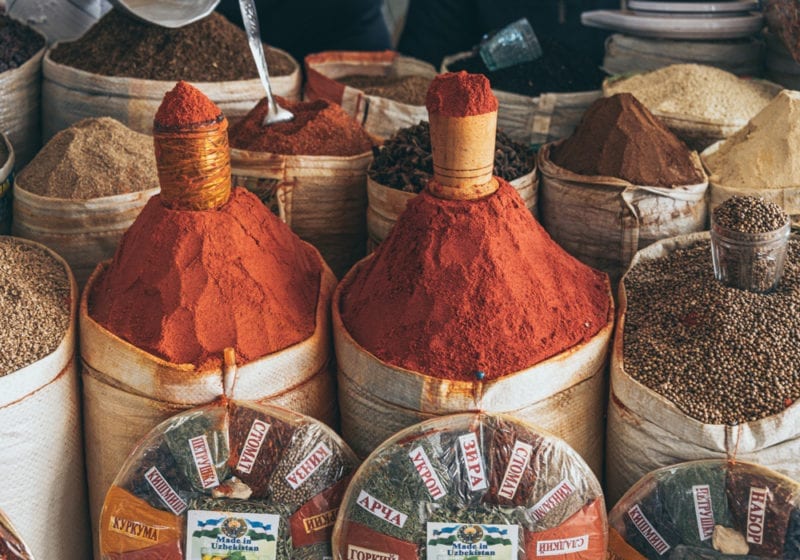 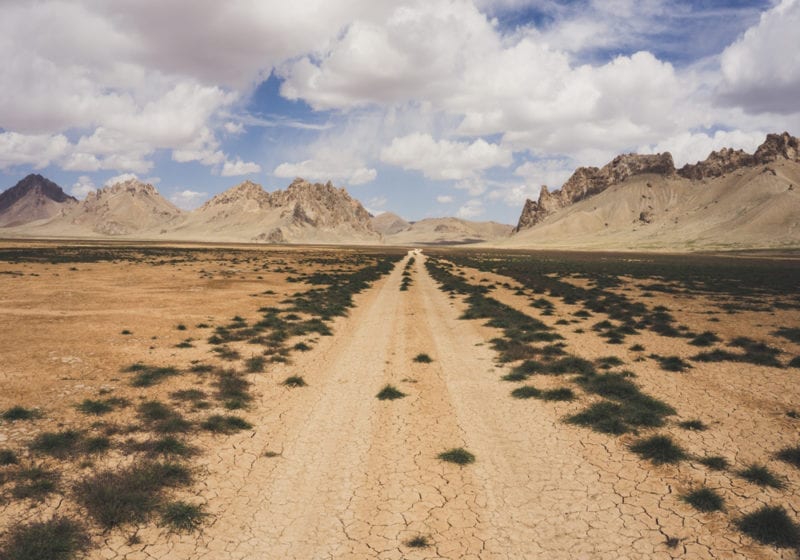 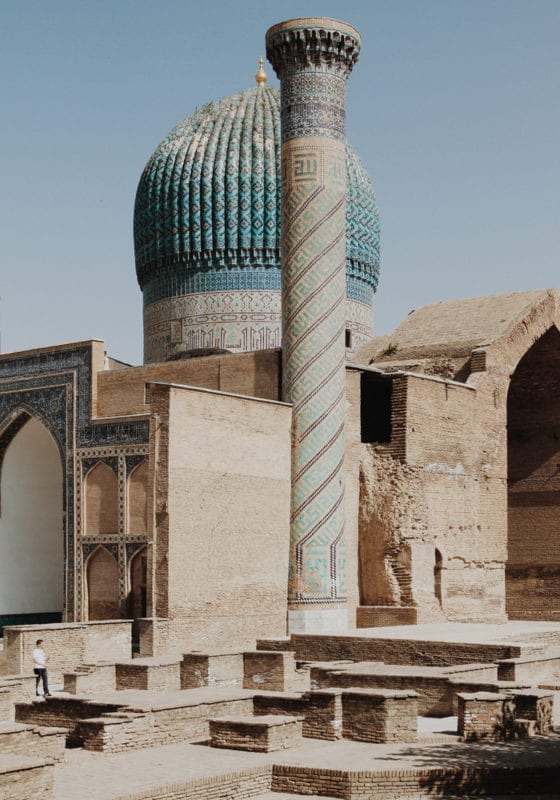 Leaving Bukhara behind, you will meet your pilot to travel 500 kilometres via helicopter to Khiva, making occasional stops at remote citadels, with epic views of the Red Sand Desert rolling out below you. A third ancient Silk Road town, Khiva offers yet more stunning architecture, cultural excursions and a vibrant atmosphere. The Old Town, a UNESCO World Heritage Site, has been brilliantly restored and preserved to resemble the city as it was hundreds of years ago. Enjoy lively folk performances, indulge in local delicacies and soak up the opulent architecture found around every corner.

Along dusty roads through rocky landscape, travel 200 kilometres further west to your final destination of Nukus. This modern town, surrounded by cotton fields, is the centre of an area criss-crossed by old caravan routes and dotted with ancient ruins. From here, board your private helicopter and venture out on a day trip to Muynak, an eerie reminder of the presence of the once vast Aral Sea. Formerly the Aral Sea’s largest fishing port, Muynak is now a sandy ghost town of deserted freighters and rusting fishing boats. This unique excursion is not one to be missed.

As your Uzbek adventure draws to a close, you will take a flight back to enjoy one final night in Tashkent, before a private airport transfer to meet your flight home.

* Prices depend on level of experiences and accommodation. This is based on 2 adults travelling for 7 nights excluding international flights.

Get in touch with our Travel Designers to start designing your bespoke adventure to Uzbekistan. 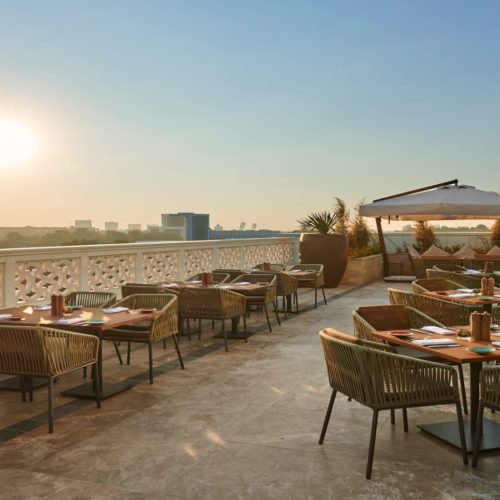 Positioned in the heart of Tashkent’s bustling streets, the Hyatt Regency provides a haven of tranquillity and elegance. 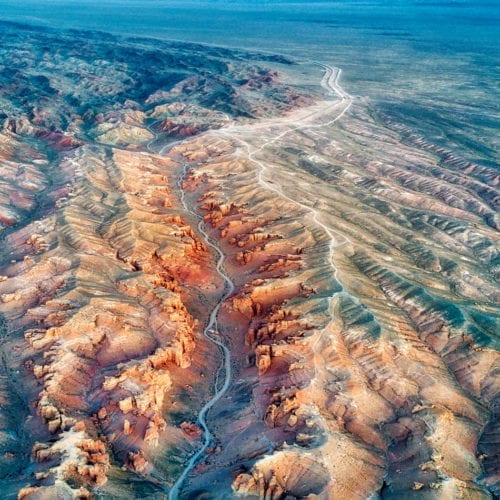 Experiences
Explore the Unexplored in Kazakhstan 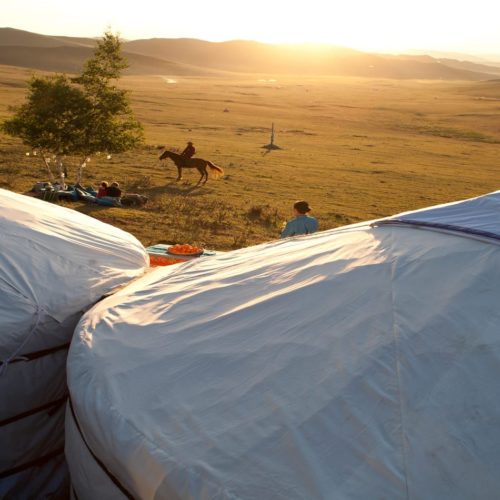 One of the world’s last untouched wilderness, Mongolia is a mesmerising country of spectacular nature and unique culture. 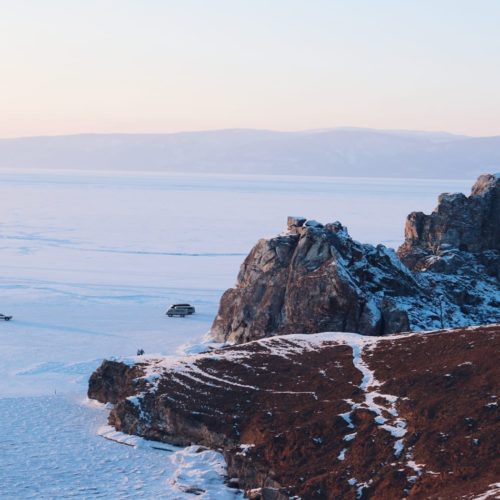 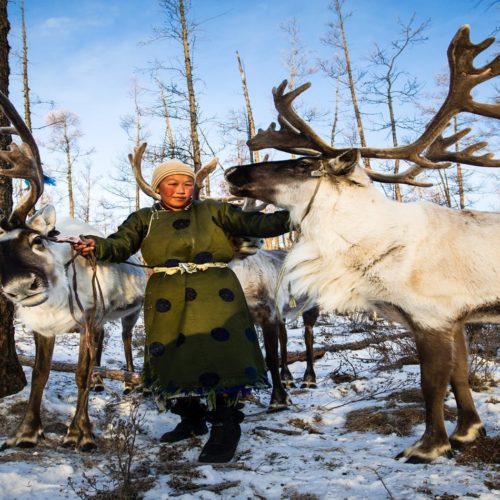 Experiences
Taking Salt and Sperm to The Mongolian Tsaatan

The nomadic Tsaatan people have herded reindeer for millennia, but their lifestyle is under threat from reindeer with reproductive issues.